Meredith Elliott and her husband, Steven, spent the first six months on their farm in a state of “optimistic terror.”

The couple used their savings to buy their farm—Maeday Farm—in northwest Florida and drained every bank account they had to buy tools, seed and other equipment. During their first few months, their bills piled up without having brought in a single dollar of revenue and neither of them had experience as entrepreneurs. They were taking a huge risk starting a farm, but they remained optimistic for its potential.

“Without optimism, you can’t be a farmer. Something along the way will crush your spirit,” says Meredith.

The Elliotts met in Austin, Texas, working in the corporate office of a real estate investment trust. They worked in sales and marketing until they realized that the corporate treadmill wasn’t for them. They sought something more fulfilling and were passionate about finding ways to fix what they saw as a broken food system.

Steven quit his job first and worked on three different farms in Central Texas to learn about farming. After doing a ton of research, they bought 47 acres about an hour away from Pensacola, Florida, and not too far from Mobile, Alabama. There weren’t any local organic farmers in the area, and there was also a small but growing farm-to-table scene at restaurants in these two cities.

Their farm needed a lot of work at the beginning, as it had been abandoned for at least a year before they took ownership, and the land was previously used to grow hay. They also needed to build a greenhouse and neither had construction experience.

In their first six months in Florida, the Elliotts had to adjust from a life with steady paychecks, but lacking passion, to life on the farm. They couldn’t afford to pay someone to do things for them that they couldn’t do themselves and were forced to learn new skills by necessity. In addition to being farmers, they’re now part-time mechanics, housekeepers and barbers.

They narrowly escaped Hurricane Michael, which devastated areas further west around Panama City. It wasn’t the catastrophe it could have been for the Elliotts, but the storm’s proximity served as a stark reminder of how the new farmers could lose everything overnight. 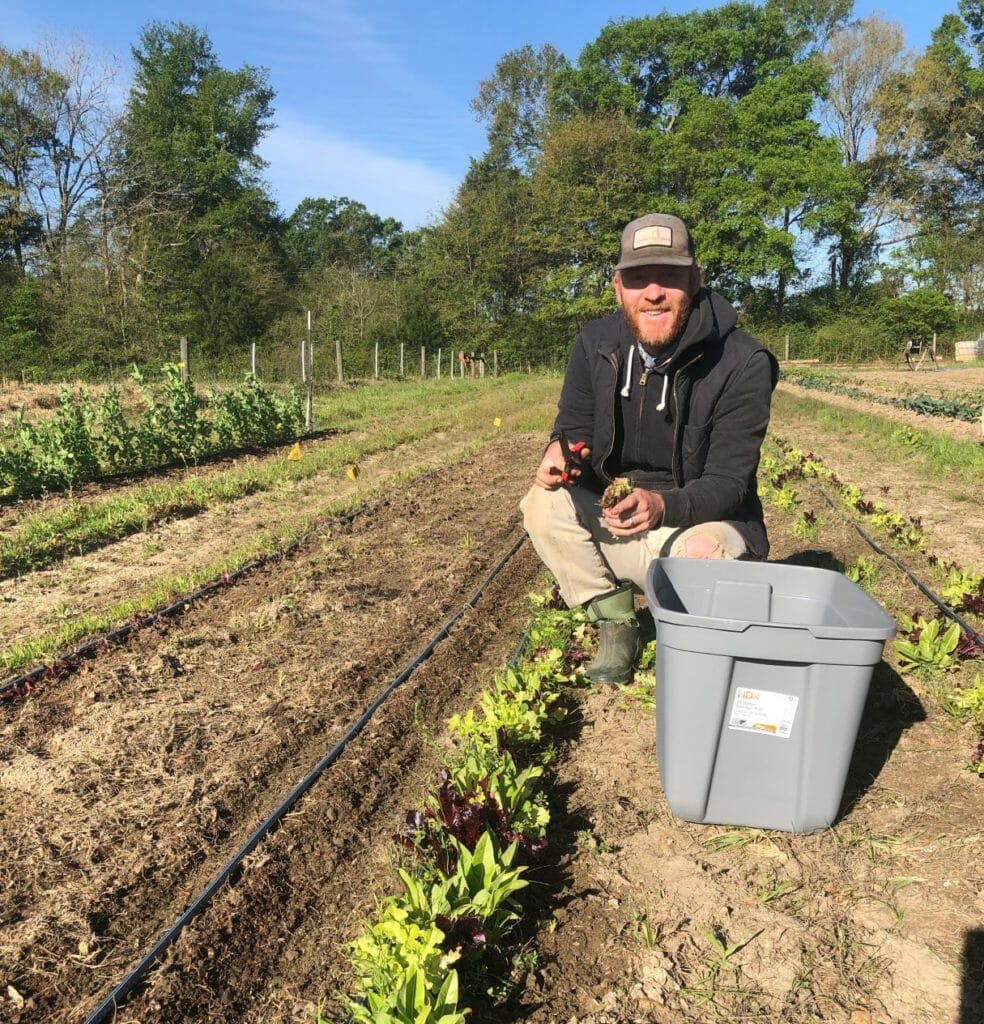 In order to make sure they had some income that wasn’t dependent on the whims of Mother Nature, the Elliotts converted a shed on their property into a two-bedroom cottage they rented out.

While they were lucky to elude the worst of the hurricane, the effects of the pandemic in this year were inescapable. When the pandemic hit, the couple’s regular farmers market in Pensacola closed down, and Florida banned cottage rentals for six weeks, cutting off their income from the cottage. The Elliotts reached out to other farmers in the area and set up a pop-up stand to sell produce within a few weeks, and kept this market small to allow for social distancing.

The couple has also used their web and marketing background to launch an online store, and start a CSA. As new farmers, creating a list of available vegetables on their website before harvest was a challenge at first. “We didn’t want to over promise how much we could harvest, nor did we want to leave anything in the field that could have been sold. We’re still learning, but improving more each week,” says Steven.

Meredith says there hasn’t been a particular moment of relief for them yet when they’ve been able to escape the feelings of terror, but they’re still optimistic. The Elliotts have made some mistakes, but they also scored a number of small victories that have helped propel them forward.

It took a lot of sacrifice, humility and the support of friends and family to get them through their first year, but the couple is finally living the life they always dreamed of.

The post Year One: ‘Without Optimism, You Can’t be a Farmer’ appeared first on Modern Farmer.