By mid-March this year, schools in India were shut down due to the spread of COVID-19. While state and the central governments struggled to conduct the scheduled board exams, thoughts of reopening schools were still distant.

As June rolled around, schools resorted to online classes. But three months into the new academic system, several state governments have been in talks with the Centre about reopening schools considering the ineffectiveness of the existing system, mental health struggles of the students and the inability of several students to join classes virtually.

This has created a lot of panic among parents about health and safety concerns in schools with the ongoing pandemic.

“Being a teacher, I have had my share of difficulties while taking online classes and I don’t feel a sense of satisfaction after taking these classes as well. But I still don’t favour the decision to reopen the school because we have to take into consideration the health and safety of the children as well the adults they come in contact with. Yes, education is very crucial but it shouldn’t come at the cost of putting people’s lives at risk,” says Smrithi Eliza Som, a biology teacher at the Montfort School, Yercaud.

Although the reopening of the schools in our country is still being discussed, several other countries around the world have resumed in-person classes over the past three months and here’s what has happened so far.

Measures Adopted By Schools Around The World

The authorities in other countries have enforced safety measures like routine testing of staff members, the presence of handwashes and sanitisers, reducing the number of students in each class, avoiding assemblies and creating ‘protective bubble’ groups for each student to minimise their contact with each other.

On 17 June this year, 1,500 paediatricians of the Royal College of Paediatrics and Child Health in England came together and signed an open letter that addressed the need to reopen schools.

The letter stated that students will be impacted socially as a result of the pandemic including those that lack resources and require support to attend online classes. It also pointed out that schools act as an access point to several public health services like mental health support, vaccinations, special therapies, free meals and physical activity.

Scotland opened its schools in August and the rest of the UK is set to open its schools by the autumn term (September-December), though a concrete plan for this has not been announced yet.

France opened its schools in May and saw one-third of school children return to their classrooms. However, a sudden surge of COVID-19 cases in schools caused panic among citizens. Several schools shut down immediately and limited reopening to junior high schools in green zones.

Many states in the U.S. also experienced similar outbreaks as a result of schools reopening, including Mississippi, which had the highest positivity rate with only 22 per cent of the population tested.

In comparison, Germany has seen a reduced number of COVID-19 cases over the past two months and as a result has reopened all schools. Classes have been reorganised into ‘cohorts’ or small groups of students and are conducted on a staggered basis with each cohort having its own designated space in the school. This step has been taken in order to quarantine the respective cohort in case of an infection, rather than the entire school.

The Island nation of Japan has also been able to control the spread of COVID-19. As for schools in the country, they were reopened in June. Though different strategies were adopted by different schools, Japanese students attended classes on alternating days. Students undergo daily temperature checks and lunches are silent affairs with social distancing.

Yet, some schools in Japan did report COVID-19 cases. 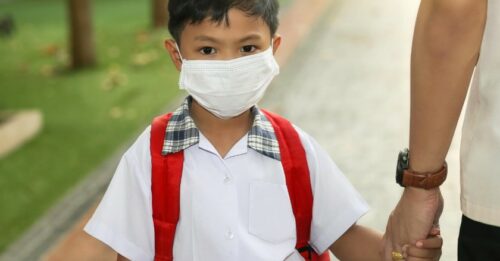 Sweden, on the contrary, never closed its schools. Students who are 16 and older stayed at home and attended online classes. Norms like social distancing and wearing masks were recommended but made optional. The government threatened to punish those parents who did not send their kids to school but this strategy earned the ire of many Swedish parents who have kids with health issues.

On 15 July, Sweden’s health agency reported that COVID-19 outbreaks in the Scandinavian country’s one million school students were not worse than Finland which had chosen to close schools. Also, paediatricians saw fewer cases of coronavirus among school students in Stockholm.

While mulling over the decision to re-open schools, one of the major concerns that most governments had was the public mentality. They feared the decision could possibly send a message that the country has become coronavirus-free which could lead to a dip in the number of citizens following safety precautions.

Israel was one of the first countries to reopen the schools soon after there was a significant decrease in the number of COVID-19 cases. The Israeli government decided to bring back students by the end of May but within days of reopening, infections were reported at a high school in Jerusalem leading to a large outbreak of cases. As a result, several schools were closed again.

So what should we adopt from these countries?

According to a recent report by The Week, India is planning to restart educational institutions in a staggered manner between 1 September and 14 November. The decision is most likely to be notified by the end of August. According to the report, the current plan in progress is to designate different days to different sections of a class to attend school. But the Centre is not in favour of reopening classes for primary and pre-primary classes.

Considering the rising number of COVID-19 cases and the population in our country with respect to the other countries, citizens have been questioning the decision of reopening educational institutions.

“I feel it’s too soon to resume classes, leave alone suggest it, since the numbers are not showing any considerable downward slope. Moreover, it’s very unsafe to take a chance with children, as they are vulnerable. Although we take the best safety measures, we cannot afford to put children at risk. We may not resume classes until we are convinced that it’s safe to bring the children back to school,” says Shirley A Zac, Principal, St.Thomas Matric Hr Sec School, Thiruvottiyur, Chennai.

While several of these safety and precautionary measures can be adopted by the Centre, reopening schools immediately can put several students and children at risk.