Today marks the 34th day since Harish, a class 7 student, started scaling a mountain in Pachpadra village of Rajasthan.

No, he does not wish to be a mountaineer or climb Everest. Neither is this part of his fitness goals.

The boy studying in Jawahar Navodaya Vidyalaya treks for 15 minutes daily so that he does not miss out on his online classes. Armed with books, a chair and table, and a smartphone, Harish leaves home around 7.20 a.m with his brother and treks to the highest point, where he gets enough network coverage.

Neither high temperatures nor rain fails to deter this young boy from the trek for attending his classes.

“I don’t want to miss even one class or fall behind in any of my subjects. Yes, the lockdown has made things difficult for all of us in one way or another, but I believe we need to accept this change and find a way out. This has become my new normal,” Harish tells The Better India.

“I don’t know if I can bring revolutionary changes, but I surely want to make technology and other facilities accessible and affordable in remote areas of our country. Seeing the deplorable plight of our country due to coronavirus, I have realised that bureaucrats have the power to bring a change through policies,” he adds. 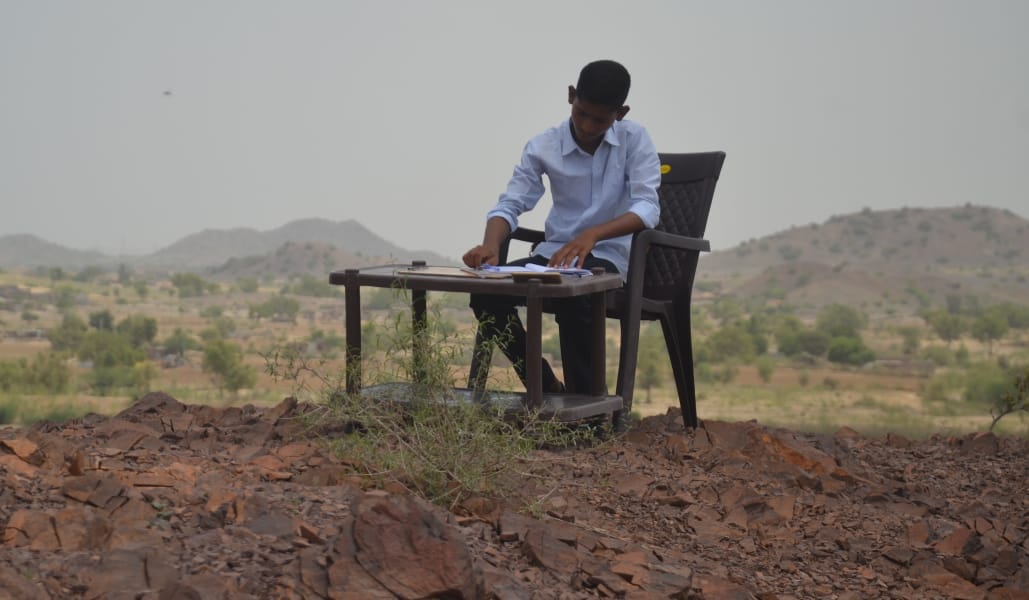 Harish was spotted by regional reporters when they visited a nearby mine. His story was shared on social media, and it soon went viral.

Former cricketer Virendra Sehwag also lauded him for his sincerity and commitment. The tweet got thousands of retweets and likes.

“A young boy called Harish from Barmer in Rajasthan climbs a mountain every day in order to get internet access so that he can attend online classes. He climbs at 8 am and returns home at 2 pm after the class ends. Admire his dedication and would want to help him,” he tweeted.

Harish’s father, Veeram, tells The Better India, “My son is inclined towards his studies and never compromises on his good grades. Sadly, our house does not have a good mobile network. But I am proud to see that Harish is not using that as an excuse to bunk his lectures.” 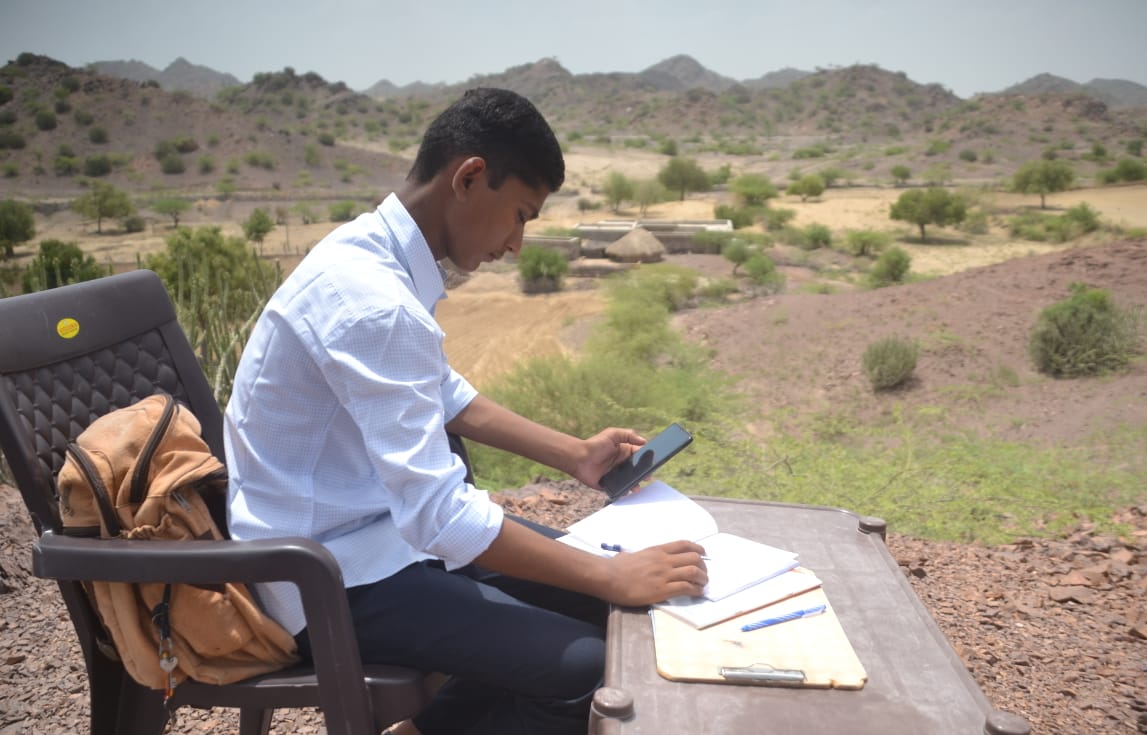 A farm labourer, Veeram also emphasises the inaccessibility of online education, something that is a luxury for many rural children.

He says, “We can barely manage to get two meals, and now we have to worry about paying extra for an internet connection. Either the school or the government must come out with a plan that provides us with free data until normalcy returns. My son has a smartphone, but many parents cannot afford one due to the economic crisis.”

Harish’s cousin, for instance, is in class 10 and does not have a smartphone. Veeram adds, “I wish we could help him, but he stays in another village.”

Access to the internet remains a privilege in many households across India as figures point out that even in 2020, the penetration rate is only 50 per cent.

“Even though 66% of the country’s population lives in its villages, rural internet density is just 25.3. In comparison, urban areas have a significantly higher density of 97.9,” wrote Smriti Parasheera, a technology policy researcher with the National Institute of Public Finance and Policy, in her column for the BBC.

The education sector in India is facing the brunt of the global pandemic that is endangering the future of children. Loss of livelihoods has aggravated the problem as most parents from lower economic backgrounds cannot afford a single meal, let alone a smartphone. In such a scenario, policymakers and academicians need to come together and chalk out a long-term solution that doesn’t obligate parents to reel under severe debt.