As someone who just started exploring cooking, thanks to innumerable food videos on Instagram, the MDH Pav Bhaji Masala packet has become a flavourful crutch for me to lean on. In fact, my secret to an excellent dry bhel is this masala. It’s one of the things I find comfort in.

The image of the ever-smiling bespectacled ‘Dadaji’ in his iconic red turban and white sherwani on the packet assures me that this masala will add an exquisite aroma, texture, and taste to every dish I make. Call it an assumption because of my conditioning, but colourful packets of MDH masalas have always been a part of our culinary repertoire.

This holds for millions across India as it continues to transcend languages, generations, and communities.

MDH, short for ‘Mahashian Di Hatti’, was founded a century ago in 1919 by Mahashay Dharampal Gulati and his father in undivided India’s Sialkot region. Over the years, Gulati tirelessly worked to build his small family business into a multi-crore company that promises just one thing — a perfect blend of fragrant Indian spices in a powdered form.

President Kovind presents Padma Bhushan to Mahashay Dharampal Gulati for Trade & Industry. He is the Chairman of ‘Mahashian Di Hatti’ (MDH) and an icon in the Indian food industry pic.twitter.com/I109601WsI

From ferrying passengers to selling mirrors and doing carpentry, Gulati is a self-made crorepati who identified the pulse of the nation early on and made a homemaker’s life easy with ready-to-use ground spices.

Born in 1923 in Sialkot (Pakistan) to Mahashay Chunnilal and Mata Chanan Devi, Gulati had a simple childhood. Spending time with buffaloes near riverbanks, playing kushti in akharas, helping his father sell milk products and going to school occupied his early days.

Disinterested in studies from the very beginning, Gulati dropped out of school in class five and joined his father in their small business of selling mirrors, followed by soaps. He also branched out to other products like hardware, cloth, and rice trading.

The experience he received as a teenager went on to shape his consumer-centric vision in future.

For a brief period, the father-son duo also opened a spice shop under the name of Mahashian Di Hatti, and were popularly known as ‘Deggi Mirch Wale’. However, during Partition, the Deggi Mirch family had to leave behind all their belongings and migrate to Delhi overnight.

“On Sept 7, 1947, I reached a refugee camp in Amritsar with my family. I was 23-years-old at the time. I left Amritsar with my brother-in-law and came to Delhi to look for work. We felt Amritsar was too close to the border and the riot zone. Having travelled to Delhi several times before, I also knew that it was cheaper than Punjab,” Gulati had told The Wall Street Journal.

There he was, a young man with only Rs 1,500 in his pocket. He used Rs 650 to buy a tonga and started ferrying people from New Delhi Railway Station to Qutab Road and Karol Bagh to Bara Hindu Rao at merely two annas, says the report.

As fate would have it, Gulati wanted to go beyond the hand-to-mouth existence. He was confident of earning more in his spice trading business, something he was already an expert at. 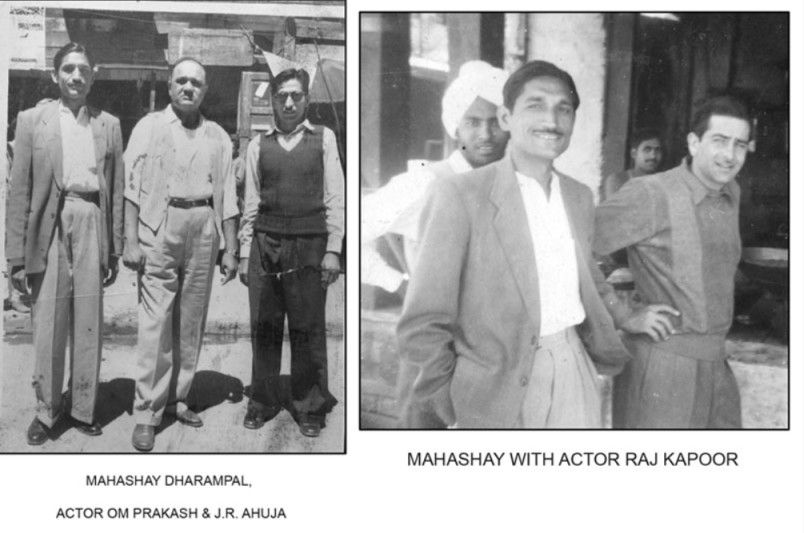 So, he sold his tonga and bought a small wooden khokha (shop) at Ajmal Khan Road in the Karol Bagh area. The banner of Mahashian Di Hatti of Sialkot, Deggi Mirch Wale was up again.

In the next couple of years, he and his younger brother Sat Pal earned a name by word of mouth and local ads. Estimating the market potential of spices in India, the brothers opened more shops in areas like Khari Baoli.

What Makes MDH Stand Out

Breaking the age-old norm that masalas can only be pure if made at home at a time when fast consumerism was still alien was certainly challenging.

As the business flourished, Gulati sensed the need to make his masalas stand out from the rest and banked all his energies on developing an ad campaign. It would have to be vibrant and eye-catching.

They used cardboard packaging with the words ‘Hygienic, Full of Flavour & Tasty’. A man with no education degree or marketing teams put his photo on the packet. Interestingly, even today, the packaging remains the same with a few changes.

The philanthropist probably never estimated that a straightforward campaign would get so big that ‘Dadaji’ with a moustache became a brand one day.

The psyche behind featuring himself in the ads was to let the customers see who they were buying from and build a special connection with them.

“I remember, how as a kid, my mother would ask me to buy groceries. For the longest time, I would tell the shopkeeper to give ‘dadaji wala masala’. Now, as an adult, I first look at the picture and then the name while purchasing masalas in the supermarket,” says Roshni Mehra, a consumer from Chennai.

Meanwhile, Sunil Sharma, a Digital Marketing Executive from Noida, believes “staying close to the roots” worked like a charm, “It shows their loyalty and commitment towards what they manufacture. Their respect for their humble beginning and belief in quality is what worked for them.”

He also points out that Gulati played it safe by relying on himself, as “Celebrities and controversies go hand-in-hand, and this can severely impact the image of the brand. He placed a bet on himself.”

MDH has remained true to its catchphrase ‘Asli Masale Sach Sach’ in all its ads as well as its superior and consistent quality. While Gulati adapted the technological advancements, he ensured that the taste and quality of masalas remained the same.

Most of the raw materials are imported from Kerala, Karnataka, and even Afghanistan and Iran to maintain consistency.

Masalas like chilli powder, coriander, and blended spices are ground in automatic machines (that can manufacture 30 tonnes daily). MDH manufacturing plants are present in several parts of India, including Delhi, Nagpur, and Amritsar.

They also have quality control laboratories that check the quality standards. All their masalas are detailed-to-perfection with no artificial colours or preservatives.

“I have been an MDH fan for the last 20 years, and I have tried other brand masalas too. Unlike MDH, other masalas shed colours while cooking or when washed. Plus, ingredients like clove, mustard, and curry leaves are already added in MDH formulated mixture masalas, so I do not have to add them separately,” says Swati Harsora, a homemaker from Mumbai.

Not all companies can manage to stay afloat for almost a century, especially in a country like India, that is booming with products and services each day.

For a man who traded in multiple sectors, lived through the trauma of partition, and experienced severe financial crises, relevance in the market and staying ahead of competitors came naturally. After gaining prominence in India and abroad, most companies would set a higher value for their products, but not this spice giant. It has still not budged away from its core principle of affordable pricing.

“We dictate the prices in the market as rivals follow us to make their pricing strategy. Since we want to keep our business low margin, it helps the overall category grow due to affordability,” Rajinder Kumar, executive vice-president at MDH, tells Economic Times.

That said, MDH has also not shied away from accepting change and coming up with distinct flavours like MDH Chunky Chat, Biryani Masala, Amchoor Powder, Dahivada Masala, MDH Meat Masala, Rava Fry Bharwan Sabzi Masala and so on. 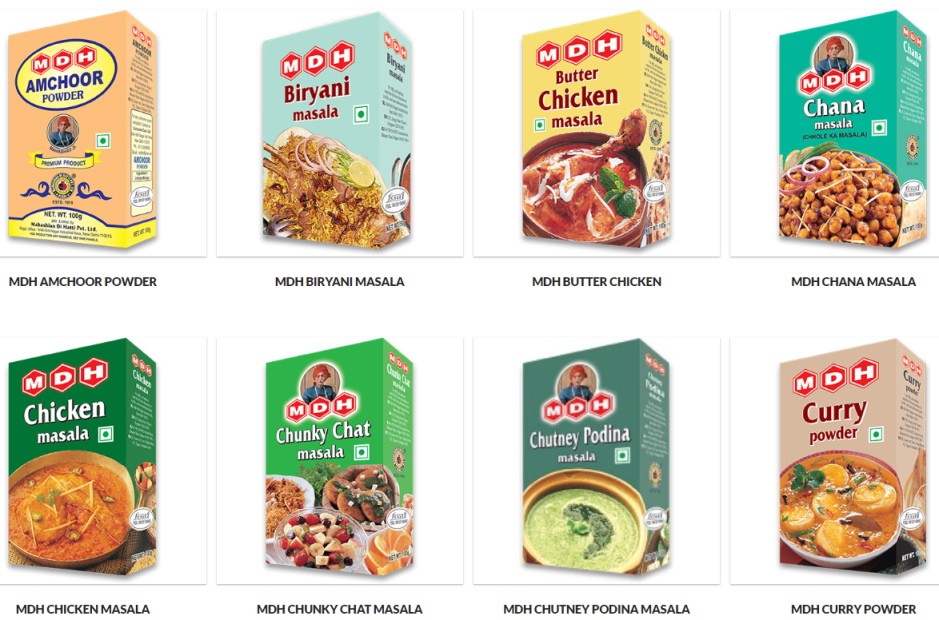 MDH has also been committed to corporate social responsibility through the Mahashay Chuni Lal Charitable Trust. It has established a 300-bed hospital in West Delhi that treats the needy for free. Further, as per the website, the Trust also runs 20 free schools for underprivileged kids.

What was born from a need to overcome financial strain gradually, turned into a massive spice business with fans across the globe. This swadeshi brand has penetrated all Indian households over the years and continues to dominate our kitchen shelves.

As for Gulati, his remarkable rags-to-riches story will forever remain etched in our memories.