The pandemic has caused an economic slowdown, left many jobless and hungry. But here is a noble soul from Kerala’s Kannur district, who, irrespective of COVID-19, is ready to provide food and clothing to others. In the last 12 years, over 4 lakh people have been fed by him.

“I have seen many people who were once rich but a sudden turn of events have left them penniless. Some of them now can’t even afford food. While travelling to work, I also witnessed people begging and getting thrashed by others,” CP Suresh Kumar tells The Better India.

Coming from humble beginnings, Suresh thought of asking others to help him feed the needy. 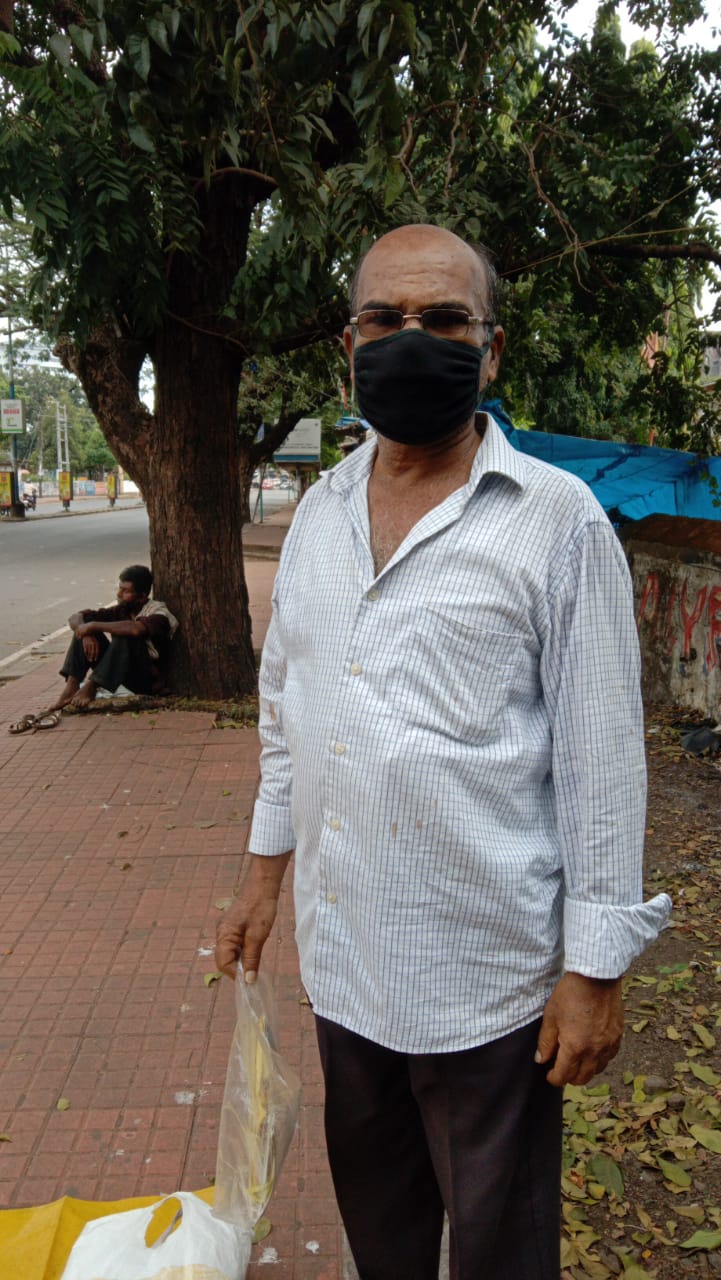 Dipping into his own savings from working odd jobs at bakeries and other small shops, Suresh printed out 50 notices seeking help and distributed it at different bus stops. “I had no hope that people would help me, but I still needed to give it a shot. My notice did not force anyone to help me but if they wanted they could bring food near the Kannur Taluk Office and give it to the needy,” says Suresh.

The notice read, “Whoever has excess food at home can bring it near the Taluk Office at around 1pm to 2pm everyday. The food can be vegetarian, non-vegetarian and in any quantity. It should not be spoiled or contaminated as it can cause food poisoning to the person consuming it.”

The 64-year-old says, “From day one itself few people brought food to me. I still remember that I had received 25 meals on that day and I provided it to 25 people in the city. The smile on the people’s faces after eating the food gave me happiness and hope to provide more food to others. From the next day onwards, more people started to bring food and handed it over to me.”

There were days when Suresh distributed food to over 200 people in a single day. Till date, there is not a single day in 12 years since Suresh began this initiative where people didn’t distribute food.

“During my kids’ birthday I prepare more food at home and give it to Suresh as my office is close to where he distributes food to the needy people. In the last eight years, I have probably distributed food to the needy 16 times,” says Shini Sanad, a Kerala State Electricity Board employee.

Suresh says, “Some days I receive only two meals and on other days I receive more food, in which case I distribute the balance so that they can have it for dinner.”

He adds that on some days there will be more varieties of dishes and sometimes there will be less, however the needy don’t complain and will “happily enjoy the meal”.

Not just about the food

While most bring leftover food to feed the hungry, there are others who bring clothes and bags of rice to distribute to the needy.

Many people, who heard of Suresh’s good deeds but were unable to travel to Kannur, requested him to open a bank account so that he can reach out to others.

Suresh says, “I never felt the need for a bank account in my life, however as I received many calls from people who wanted to help from afar, it changed my perception. Today, people from anywhere can send me money and on their behalf I serve the needy food,”

While Suresh’s Kannur initiative of feeding the hungry is a relentless everyday activity, if you wish to help him further you may contact him on this number — 9447234701. Here are his bank account details.