When Dan Luoma was trekking through the forest in Puget Sound, Washington, he had only a basic know-how of hunting truffles. As a first-year graduate student at the time, he hoped to return to school with something to show his professor, but never thought he would come across a novel specimen.

“I’m not sure if I just picked up a stick and poked it in the ground… but for whatever reason, I had poked it in the right spot and found truffles,” says Luoma, who later became an ecology professor at Oregon State University until he retired this year.

His serendipitous discovery back in 1981 was brought back to Oregon State University where his mentor James Trappe and other fungi experts were unable to identify the truffle. It sat in the school’s collection for decades, but with the help of new DNA sequencing technology and a team of mycologists who analyzed the truffle over the past 12 years, Luoma’s truffle was recently identified as a new species—Tuber luomae.

The truffle is characterized by its spiny spores and a two-layered outer skin made up of inflated cells. As a red truffle, Luoma says it likely has a mild taste, not as strong as the earthy flavor of a black or white variety that is sought by chefs.

In the 1990s, a grad student expressed interest in studying the truffle, but he graduated and moved away before he could start the project. The mystery of the lonely truffle specimen endured until 2008, when a visiting mycologist, Greg Bonito, took a look at it and decided it was time to identify it. Together with Trappe, Luoma’s partner Joyce Eberhart, another mycologist and a PhD student, Bonito worked to determine if this was a new species of truffle.

The result of their work was a paper about the new truffle, which was published this month in the journal Fungal Systematics and Evolution. The group named the truffle species after Luoma. 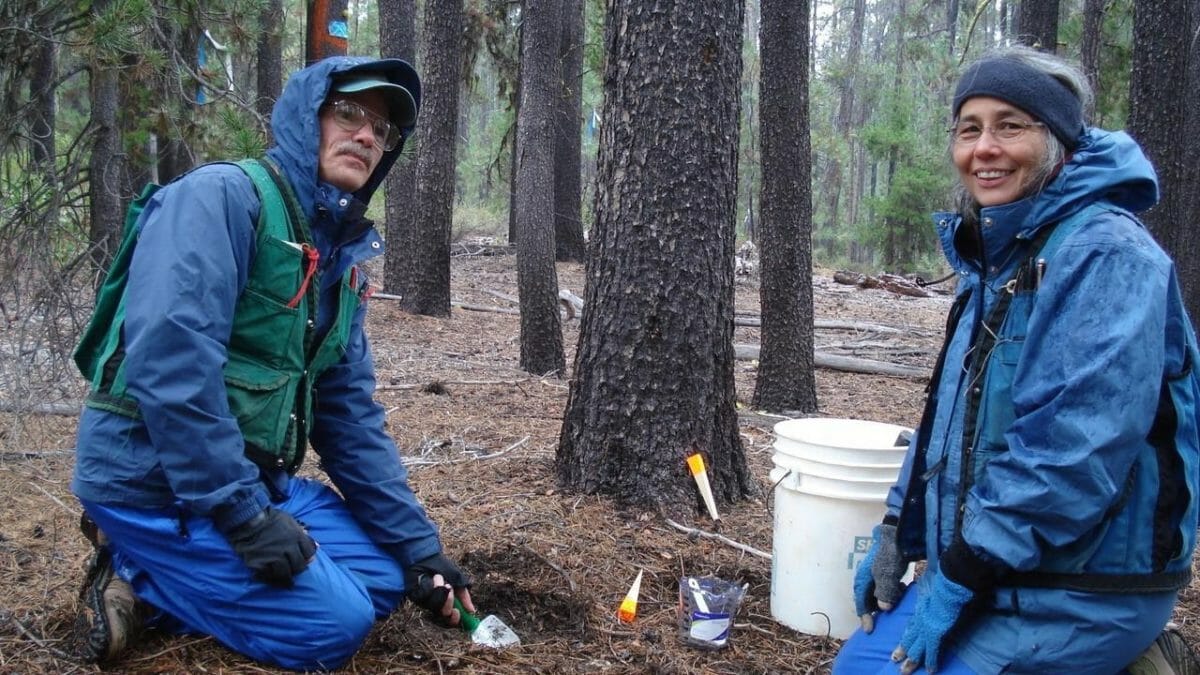 Dan Luoma with his partner Joyce Eberhart who co-authored the paper on the new species.

Luoma says it’s probably a good thing that so much time passed before the analysis started on the new truffle, as the identification process was more rigorous than it would have been decades before. “It’s more comprehensive than it would have been even 20 years ago, so it makes a stronger case that it’s a unique species,” he says.

Oregon has been a truffle-hunting hotspot for mycologists for more than a hundred years, but Luoma’s truffle has only been found in three other counties within the state.

While he is no longer part of the faculty at Oregon State University, Luoma says that he and Eberhart would like to go back to those areas to see if they could find other samples. After all, he knows a lot more than he did 40 years ago when he made his big discovery.