Indoor plants are known for being low-maintenance with a lower chance of contracting diseases. A horticulturist in Himachal Pradesh is furthering this idea by growing plants using only nutrient-rich water on his farm.

After conducting four years of research, 51-year-old Yussouf Khan has been growing fruits and vegetables, such as strawberries, tomatoes, lettuce, cucumbers, capsicums mushrooms and cabbage, on his farm in Una village. “While I was pursuing my post-graduation in plant pathology and mycology, I came to know that plants can be grown using only nutrient-rich water, which also has more benefits,” Yussouf tells The Better India. 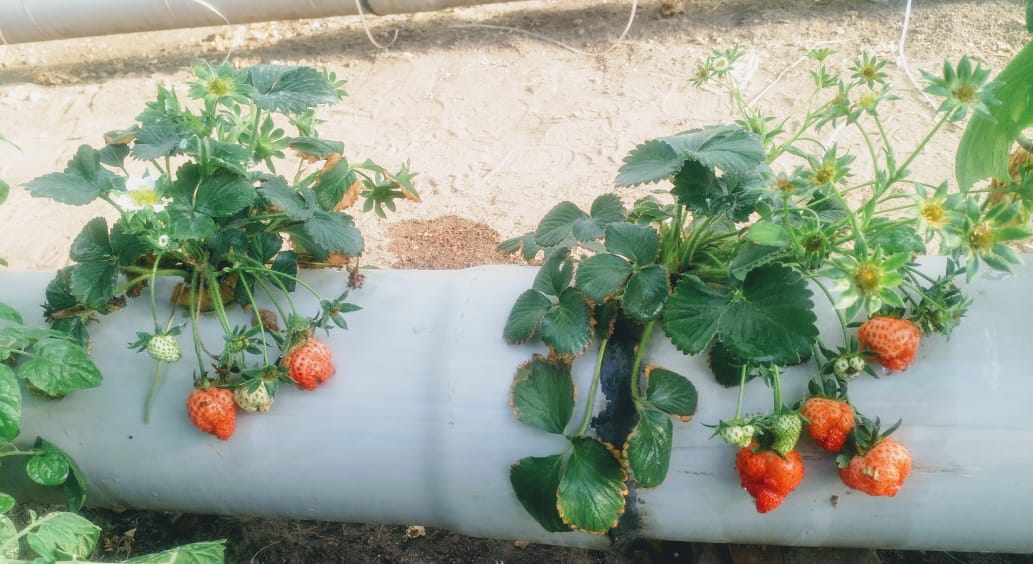 Admitting that he had no idea about this process earlier, he adds, “In 2013, I began my research, and eventually began cultivation in 2017. The first crops I tried to grow were cucumber and lettuce, which can be grown in just nutrient-rich water. While installing the hydroponics, I planted the crops in pyramidal rows of PVC pipes, and they would receive their food through the solution of water and nutrients.”

Yussouf practices protected cultivation at his farm. He has six greenhouses that provide ideal growing conditions for the plants and protect them from pests and unfavourable weather. He has also installed a tank containing the water and nutrient solution on his farm. From here, water goes to another tank, travels through a pump, and reaches the plant. This procedure is circulated over and over.

Hydroponics requires 90% less water as compared to other cultivation methods. Yussouf says his plants don’t have any soil-borne diseases or problems with weeds. “Many say they don’t have a place at home to cultivate vegetables. With hydroponics, you can do so using less space. Hydroponics can be done on the terrace, as well as indoors. The only money that needs to be invested is during the first stage – while installing tanks and pumps. Afterwards, the income generated from the products harvested is good,” he says.

Yussouf has invested Rs 4 lakh to install the pumps and tanks at his home. He says, “Other than this, I haven’t invested a single penny for cultivation. Because I was aware of how the process takes place, it was much easier for me.”

He adds that the benefits of fruits and vegetables grown using hydroponics are more in number as compared to other methods. For instance, the former produces plants that are richer in flavour.

For the last three years, Yussouf has been distributing his farm products to friends and relatives for free, and for demonstration purposes to students. From December onwards, he will sell the produce in the Una Agricultural Market and expects to earn around Rs 2-4 lakh per month.

Besides cultivation, the horticulturist also sells the nutrient solutions he has developed after years of research. 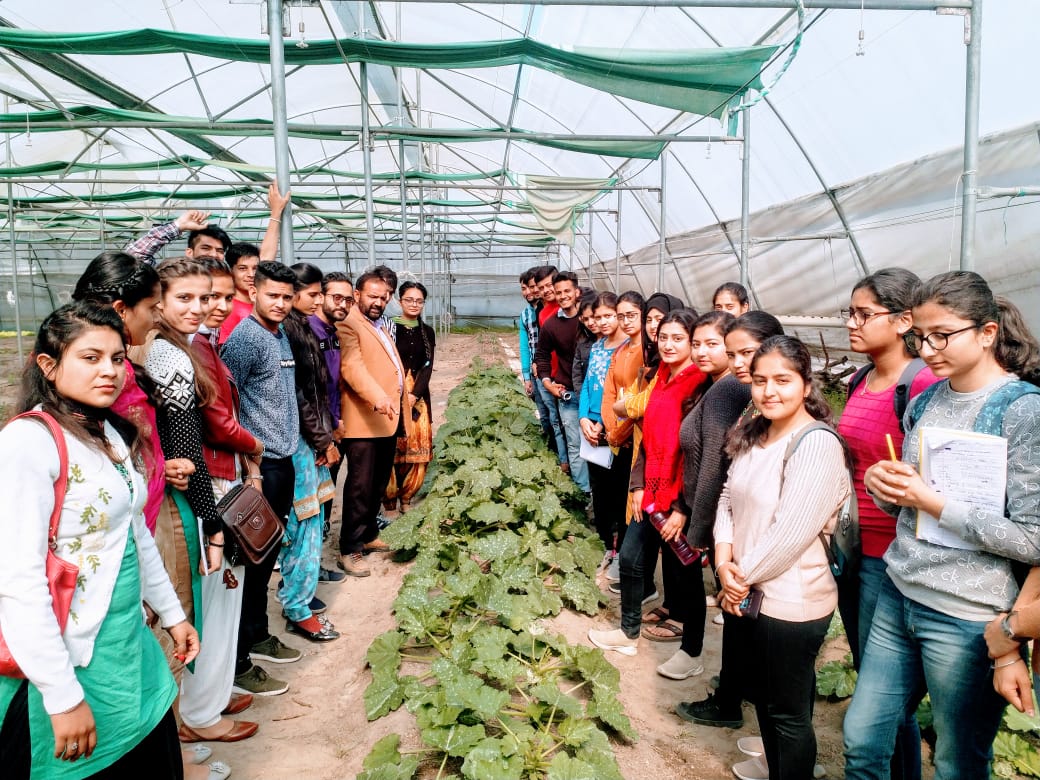 Yussouf says that those interested in hydroponics or any other methods of cultivation should first receive training. Without using the correct method, your income from this process won’t amount to a lot. “If someone gets into hydroponics without training, they can sometimes face losses. I always advise people to get trained from any institute before they begin,” he says.

Students from Palampur, Jalandhar, and many other parts of India come to his farm to seek sessions on hydroponics. “Even farmers and people from various age groups seek my help, and I am happy to help them,” he says.

For more details about the farm and training sessions, you can contact Yussouf on 94181 78839.