Up until March this year, if you visited the ‘Oruma’ (translates to unity in Malayalam) Canteen in Palakkad, you would see 10 members in checkered green aprons happily serving their customers with delicious local snacks ranging from crispy vadas to a nice plate of puttu and kadala.

This canteen, run by 10 trained trans women in Kerala, was launched in December 2019 to empower the transgender community and for their social visibility.

With the pandemic in force, the canteen has started parcel services for those interested in placing orders. With prices ranging from Rs 8 to Rs 100, the Oruma canteen’s snacks have become quite the rage, eight months into its opening. And as for the 10 trans women working at the canteen, they have now become proud breadwinners for their families.

A Day At The Oruma Canteen 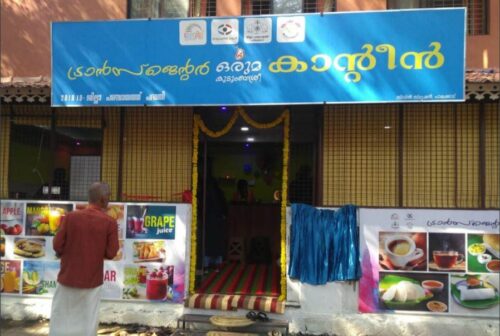 “Work starts at 10 a.m. and goes upto 6 p.m. We start out every morning by deciding the menu for the day. We have a variety of dishes for breakfast, lunch and snacks, most of which are iconic local favourites. For lunch, we serve rice meals with sambar, avial, thoran made from one vegetable and one kind of fish, whenever it is available. And for snacks we have a whole range from different parts of Kerala, from pazham pori (banana fritters) to crispy vadas served with hot tea,” explains Salma, 42, one of the cooks at the Oruma canteen.

A first of its kind in the state, the canteen is run by, Meera, president of the unit, Unnimaya, Suji, secretary of the unit, Salma, Manju, Kala, Monima, Varsha Nandini, Sreedevi and Remya.

“We have ensured that every dish that comes out of our kitchen is fresh and homemade. For the same reason, we avoid buying ingredients from outside and prefer to make them on our own, even if it’s just the 10 of us. The kitchen is also constructed in an open style so that our customers can see and ensure the hygiene of the food they eat,” Salma explains.

All the ten members of the unit were trained under the Kudumbashree, Kerala State government’s poverty eradication and women empowerment programme to prepare different kinds of food.

“I see it as a huge privilege to be able to serve all these customers and to express ourselves finally, and our individuality through the food we make and I’m glad that the Palakkad district Kudumbashree took up such an initiative,” explains Manju, 28, who also works at the unit.

How Oruma Came Into Being 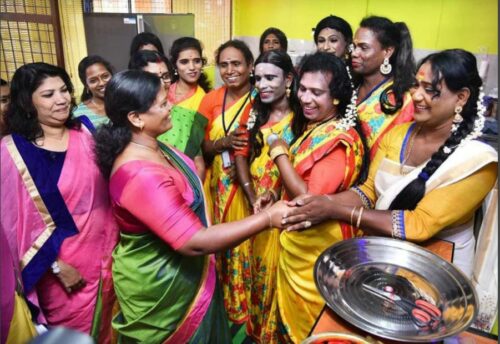 The transgender community has had to face severe discrimination, stigma and systemic inequality over the years, and this continues even today. Oruma was presented to tackle this inequality shown towards the community and provide a means for employment for trans persons.

“Several of them were asked to leave their houses, and most of them have found it very difficult to find a livelihood. Some of them even joined as sex workers when there was no option left in front of them, so ‘oruma’ was indeed a blessing to all these trans women. The district administration provided the space for the canteen. The project was included in the annual plan of Palakkad District Panchayath and now gets an average sales of Rs 9,000 to Rs 10,000 per day,” explains Harifa Beegum S P, the former District Mission Asst. Co-ordinator of Kudumbashree, Palakkad.

Salma who used to work several odd jobs before Oruma says, “People are very reluctant to offer jobs to trans people because there’s a lot of prejudice that exists. But after joining Oruma, I’ve noticed that people have started seeing us with a lot more dignity and the comfort and peace we get from a response like that is something that way more valuable than the money we make here.”

“Right before the pandemic started, it was a ritual for my friends and I to go get a cup of tea from the Oruma canteen. Although there’s very little space to move around, the snacks are extremely delicious and worth waiting for. And besides the food, it’s amazing to see how the transgender community in our district is finally getting a chance to express themselves through initiatives like these,” says Nithin Mathew, a frequent customer of the Oruma canteen who hails from Ottapalam, Palakkad.

Although sales have gone down during the pandemic, the canteen has received several bulk/ party orders for government and private functions within the district which has kept the business running.

“People have welcomed the concept with open hearts which itself became a recognition for the women and their identity. This canteen is sure to set an example to several other districts and encourage several other initiatives for the transgender community,” concludes Salma.