Back in 2002, Dr Dharmendra Khandal, an environmentalist volunteering with the Bombay Natural History Society (BHNS), started a solo bike journey from Mumbai to his hometown in Churu, Rajasthan, to conduct a survey on the dwindling state of vulture population in India.

In the 1990s, after several reports of an alarming decline in the population of vultures came forward, India had set up nine Vulture Conservation and Breeding Centres (VCBC) across the country, out of which BNHS administers three.

But, the bike trip was just the beginning of a 17-year-long journey of environmental conservation and anti-poaching efforts for Dharmendra, who today, heads an organisation called the Tiger Watch at the Ranthambhore Tiger Reserve.

“A lot has happened since then and my work has also evolved from doing surveys to saving tigers and rehabilitating the poacher community. Honestly, in all these years of experience, I have realised that it is easier to catch and arrest a poacher, than to transform his mindset or that of the community. So through Tiger Watch we are trying to bring a more holistic change in the new generation, through education and skill development for alternative livelihoods,” says Dharmendra, adding that Tiger Watch works in tandem with the forest department as well as other rehabilitation NGOs like Dhonk. 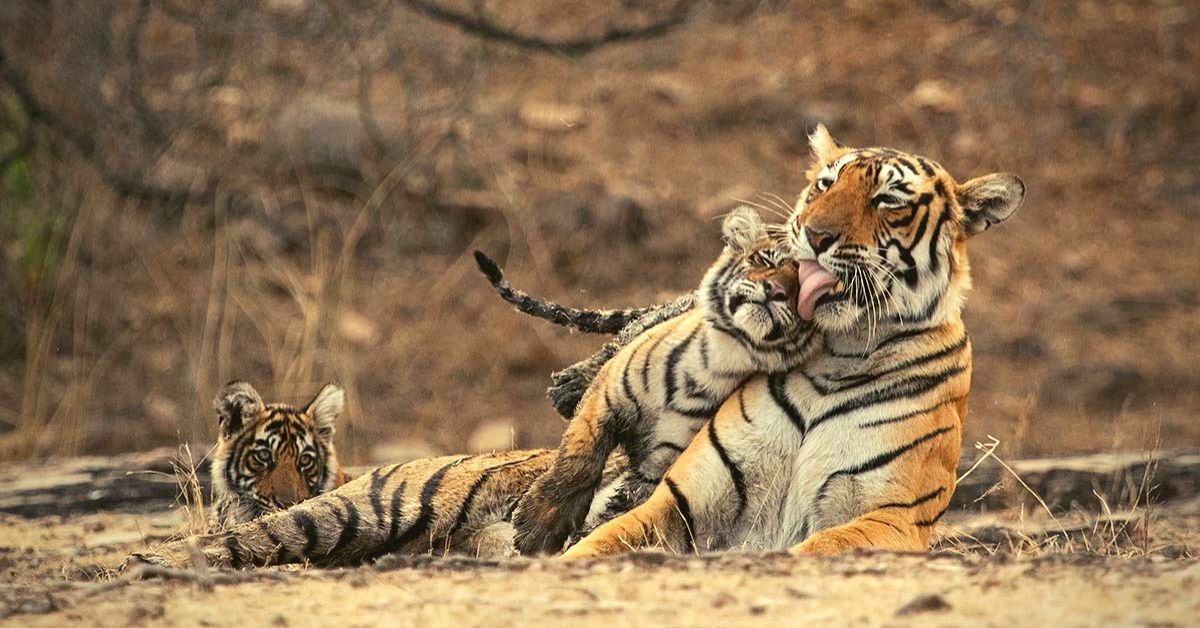 A native of Ramgarh town in Churu district of Rajasthan, Dharmendra moved to Mumbai along with his family, in 2002 after completing his PhD in Wetland Ecology.

A budding environmentalist, he would work part-time in their family business of construction, while also volunteering at various city-based organisations.

“It was during that time when I got in touch with wildlife photographer and environmentalist Bibhas Amonkar, Isaac Kehimkar, who is known as the ‘Butterfly Man of India’ and Shubhalaxmi, an entomologist, and eventually started volunteering with BNHS. All of these individuals inspired me and solidified my passion to work in this field. After a year of gathering valuable experience, I got the opportunity to join the Tiger Watch as a field director which was then headed by Fateh Singh Rathore,” says Dharmendra.

The hands-on experience working in the wild, provided Dharmendra the much-needed insight to steer the cycle of positive change.

Recalling one such incident, he says, “One day, at the crack of dawn, forest guards from the Kachida chowki left to help a resident tigress called T-5 who had been moaning in pain all night long. On reaching, they realised that T-5 had died of illness, leaving behind two 3-month-old cubs. This is a very vulnerable age for the cubs and completely dependent on their mothers. Usually, the normal procedure involves capturing the cubs and transferring them to a zoo for survival, but they chose a different approach of raising them instead. Raising such young cubs, especially among humans, can be an issue, but the staff took it up by rearing them in the wild. Although the lack of proper equipment at the time posed a challenge of documentation, it was a start.”

From 2005, when the population of tigers was just 18, they have now been able to raise the number to 70 as of 2020. Around the same time in 2003, he also started his efforts of rehabilitating some young members of the Mogiya community. 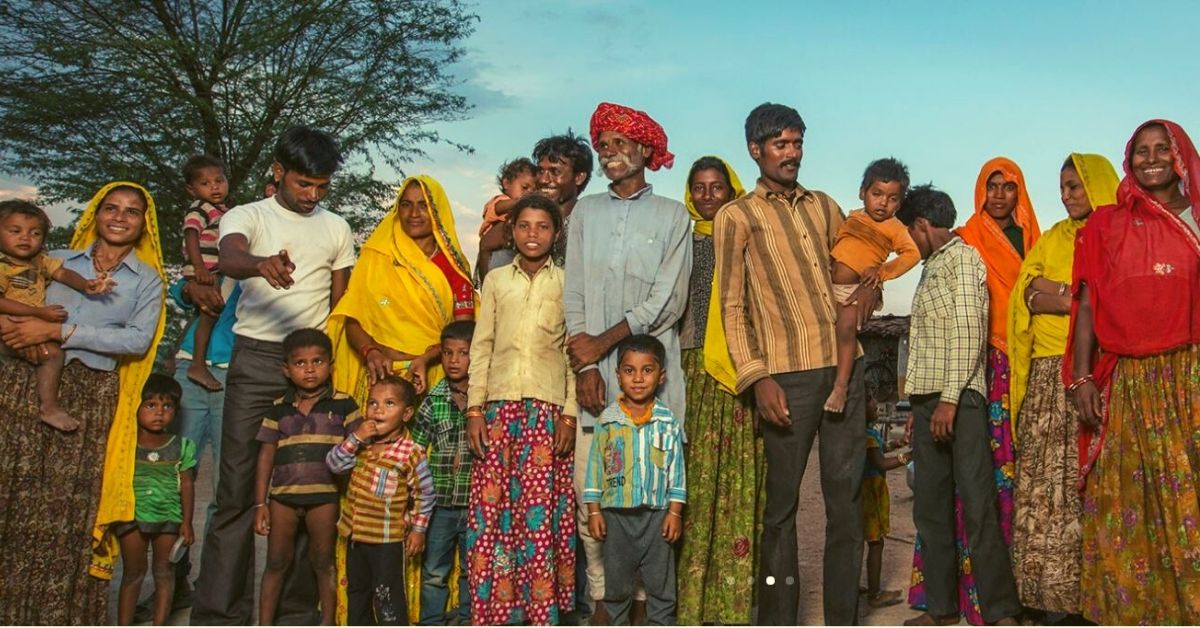 “The Mogiyas are a small community living in the interiors of Rajasthan and Madhya Pradesh. Their major source of livelihood is poaching and they are so desensitised to the act of killing from a very young age that bringing about a change in mentality of the community was one of the most difficult tasks,” shares Dharmendra.

Harimohan Gurjar, a member of Tiger Watch, with his team of 40 volunteers and coordinators, has been the eyes and ears of the organisation. “From monitoring the tigers in the wild, keeping an eye out for any illegal activities like poaching, getting inside information or tip-offs about poaching activities, traders, etc, to even helping nearby villages get their due compensation, we take care of it all. We are sort of the bridge between the communities and Tiger Watch,” he says. 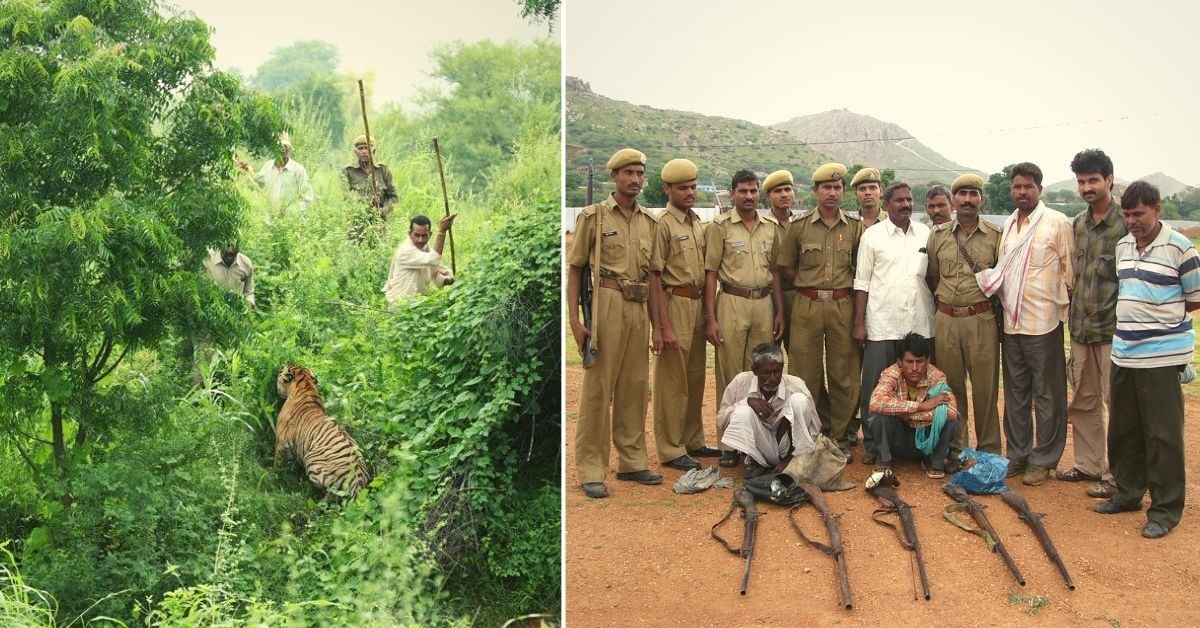 He adds that busting the poaching racket at Ranthambhore was only the first step to a larger change. And that had to come with education. So around 2006, he started the Mogiya Hostel for the community children near the tiger reserve.

Today, there are almost 40 children boarding and learning at the hostel. Additionally, during the lockdown, Tiger Watch appointed four teachers who not only teach them but also travel to 12 nearby villages to teach.

Talking about the experience, Meethalal Gurjar, a teacher, says, “These kids come from very difficult backgrounds, and it is our job to help them have a choice and stay motivated throughout. Sometimes there is a bit of tension from the families, while other times, they are supportive. A lot of them are pushed into the business of poaching by their parents, so this hostel is their safe space to help them navigate through all of that to come out successful.”

Meethalal gives the example of his student, Jaggu Bawariya, who is currently enrolled in a BCom programme and is also trying to find some work to help his family. “It is these small successes that inspire me everyday to continue work for the kids,” he mentions.

Today Jaggu is a source of inspiration for many students at the hostel, including 10-year-old Karan Bawariya. 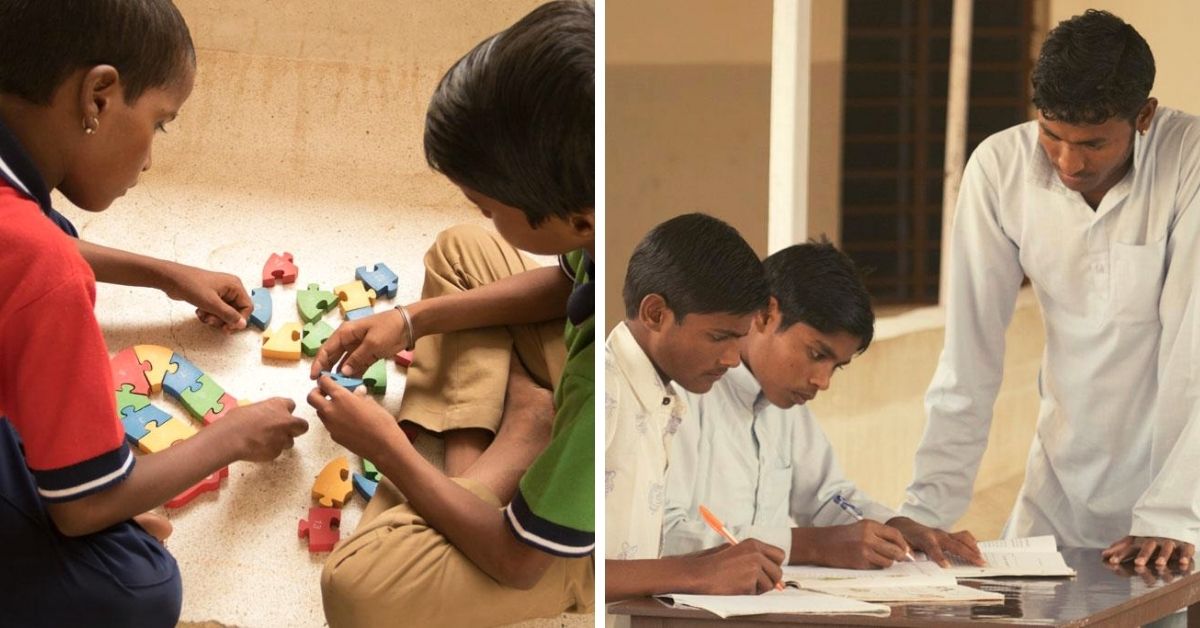 “I have been at home since the lockdown, but I really miss staying in the hostel with my friends and teachers. I want to grow up to be a teacher and serve my country in any way possible,” says the class 4 student.

Bhajan Gujariya, his father, is one of the few proud parents who is trying hard to give their next generation a life different from what he had. “If they continue on this path of educating themselves, they will only end up making me and my family more proud,” he says.

But the road to this has been marred with many obstacles.

“I remember once, an 18-year-old boy was taken by his father and brother to hunt a tiger. The turn of events put him in the front line with the tiger and he sadly shot it. The next day, the family took out a procession celebrating this as a success. His innocence was snatched that day. There are many such sad instances where the families try and bring down the kids. But through our efforts, we are trying to protect that and help these kids have a different life than what they grow up in. So, when even a single kid grows up to be an adult and decides to lead a different life, it is success,” concludes Dharmendra.