I always used to picture vegans as frail, pasty people who wore flowers in their hair and meditated a lot.

My perception changed when I watched a documentary by filmmaker Louie Psihoyos called The Game Changers last December. The film makes the case that vegan diets are superior to omnivorous ones because they promote heart health, decrease inflammation, lower cancer risk, and most importantly for me, improve your physical performance.

The film has its flaws, which are sometimes glaring. Critics have pointed out factual inaccuracies and some misleading information. Some of the experts involved in the documentary also have financial interests in vegan products (including the film’s executive producer, James Cameron, an outspoken vegan who founded plant protein company Verdient Foods). But even with all of those caveats, The Game Changers was sufficiently convincing that, as the credits were rolling, I made a decision to try it out for six months.

In the documentary, a parade of athletes claim that a plant-based diet was responsible for superior performance. This did it for me, as I am very active. I train in the gym almost every day and love biking, hiking and running. I wanted to see if I would notice any positive or negative change in strength or endurance.

I prepared myself mentally for what I thought would be a torturous and dull half year of grilled vegetables, soups and too many pasta dishes. Friends started sending me vegan cookbooks, recipes and restaurants to try that opened the door to a whole new world for me. As someone who loves to cook, trying these new recipes was tremendous fun, and some of them are now among my favorites. The variety seems endless.

My conversion also stirred a lot of debate among friends. On the one hand, I was getting an abundance of praise from other vegans. I was cheered on to the “right side” with enthusiasm that bordered on the evangelical. There is definitely a very militant side to the vegan world. Conversely, some friends were more circumspect, only asking me to clarify exactly how long this fad was going to continue.

The six months just ended, and to sum up my experience, I would say that my strength and energy levels were not adversely impacted. My digestive system definitely felt better. I confess that I did hedge my bets and started taking vitamin supplements during the same period. I lost approximately five to seven pounds in the process. Cooking at home became a fun adventure but going out for dinner or dining at friends’ homes posed occasional challenges. Most people try to accommodate, but you inevitably end up with a plate of grilled vegetables. And being a pacifist by nature, I felt better about myself, given that I was no longer one of the murderous links in the animal food chain and that my new behavior was also better for the environment.

I am a believer in tweaking your diet now and then to see if the changes make you feel better. I cut out dairy a few years ago and it made the world of difference in my digestion. I had also largely eradicated red meat from my diet.

Before my vegan experiment, I was eating the Mediterranean diet, which is largely vegan except for fish. As my six months came to an end, I decided to go back to including fish. Not so much because I missed it, but because it’s more convenient when not home cooking. I hope my new vegan friends will find it in their hearts to forgive me.

Here are two of my favorite vegan recipes from my six months.

The following recipes are from Vedge: 100 Plates Large and Small That Redefine Vegetable Cooking, © Rich Landau and Kate Jacoby, 2013. Reprinted by permission of the publisher, The Experiment. 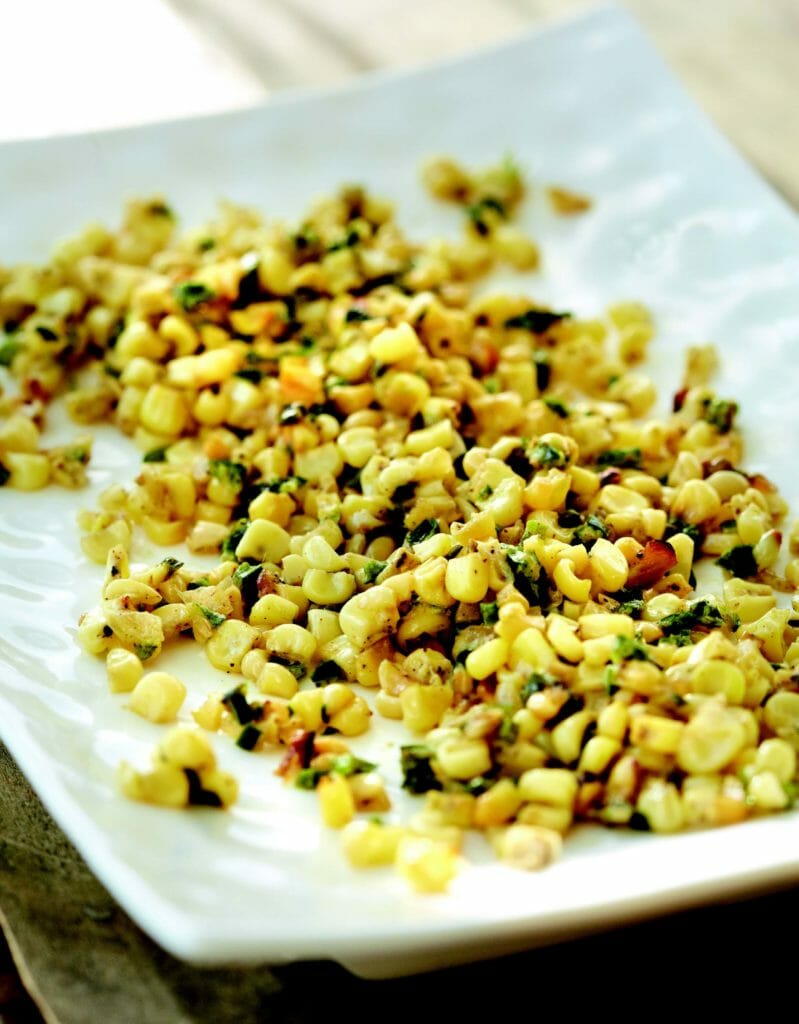 I get greedy and impatient with corn. Who can wait for Jersey corn? The Florida corn starts in late winter, the Georgia corn in April, and my favorite, Carolina corn, comes in May. If you have access to an outdoor grill, please try the “On the Cob” method for a nice outdoor barbecue. Looking for an extra kick? Substitute jalapeños for the poblanos. Or, for an irresistible summer soup, served hot or cold, puree it all with 4 cups of Vegetable Stock.

“On the Cob” Method 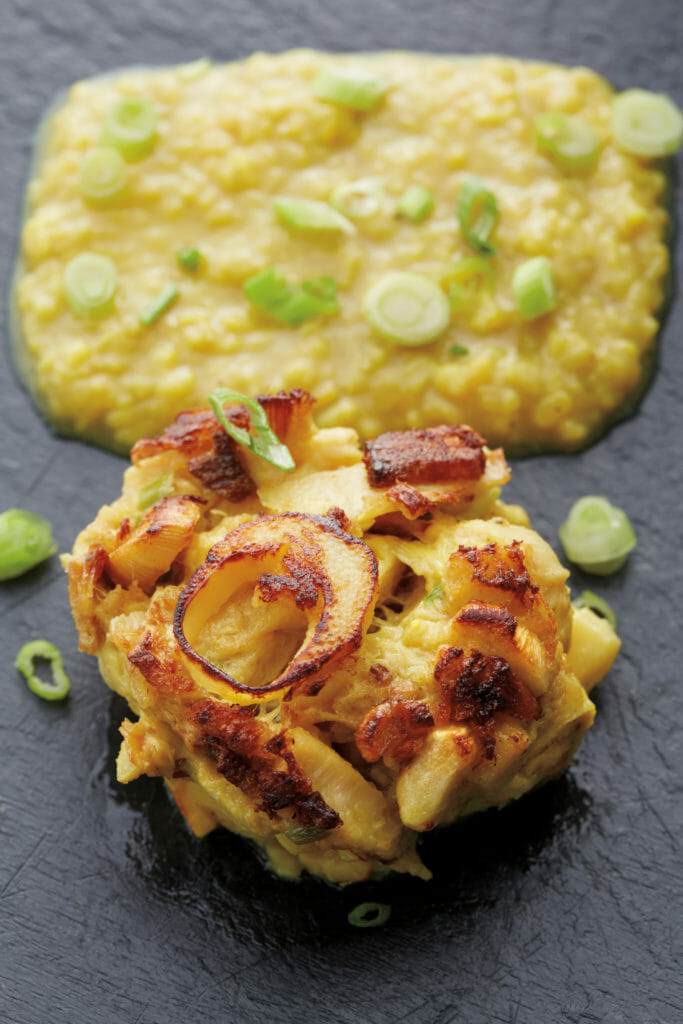 Hearts of palm are unsung heros in the vegetable world. Vedge’s hearts of palm hail from the Wailea Agricultural Group on the big island of Hawaii. Sustainably farmed and flown to us each week, fresh hearts of palm have a flavor and texture that can’t be beat. Their crunchy, clean-tasting white flesh is reminiscent of a fresh artichoke heart. If you don’t have a small tropical farm filling your produce orders on a weekly basis, canned or jarred hearts of palm make for a very good runner-up.

The post My Vegan Experiment appeared first on Modern Farmer.