A.yoni Jeffries wants to make sure the names of her ancestors live on a hundred years from now through the land she works.

It’s one of the reasons she and six others founded Handèwa Farms, an Afro-Indigenous women-led organic hemp farm about 30 minutes north of Durham, North Carolina. Jeffries, a member of the Occaneechi Band of the Saponi Nation, says the group got together about a year ago to discuss starting a farm as a way to reconnect with their Indigenous roots. The co-founders wanted to grow food for people who didn’t have easy access to fresh produce in the area. And they figured hemp could be a cash crop that could fund this important work.

“We decided we were going to have a farm that could give back to our community and help the families who live in food deserts in North Carolina,” says Jeffries.

The farm was incorporated in March and launched in April, just as the COVID-19 pandemic was taking off. The farm’s members are completing their first harvest and have launched their own brand of cannabidiol, or CBD, products on their website. They farmed on about an acre of land this year, gifted by a nearby retreat called Respite in the Round. They grew corn and potatoes and have a goal to eventually produce more than 6,000 pounds of food for those in need. 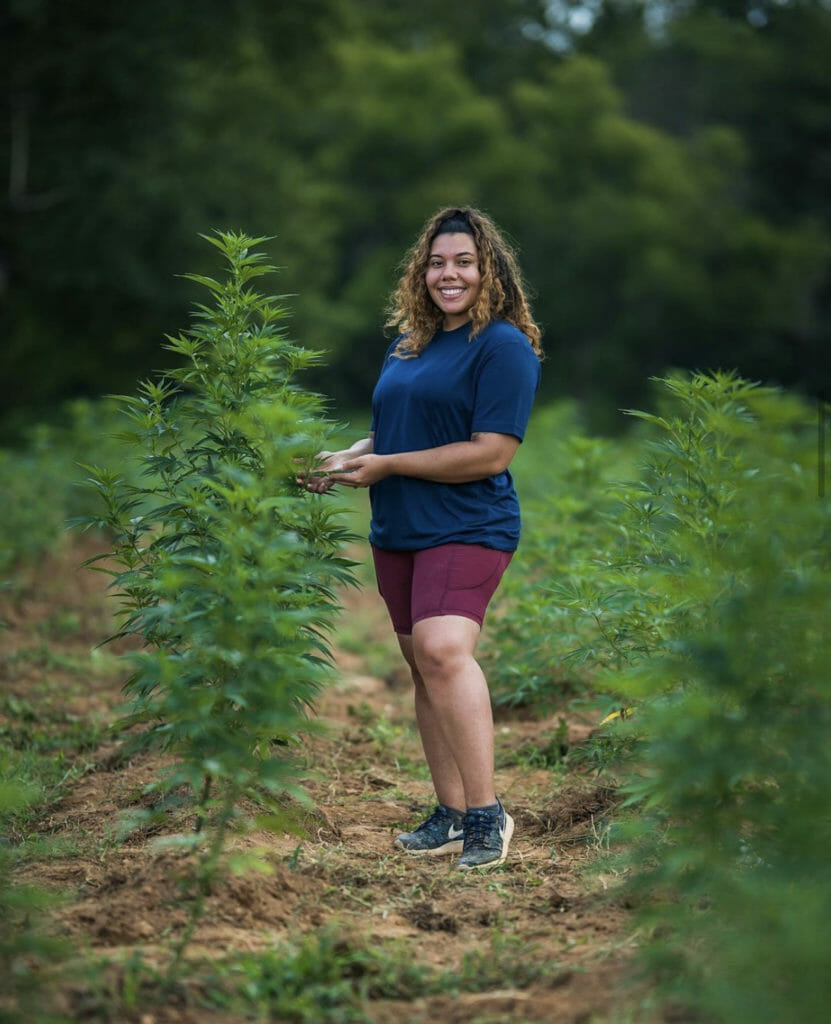 Chelsey Holts is a founding member and the marketing director for Handèwa Farms. Photo by Christian Wilson

While the pandemic posed its problems for these new farmers, the weather was likely the biggest challenge they dealt with. Heat waves wreaked havoc on their crops and last month Tropical Storm Zeta destroyed three hoop houses the group had installed. They’ve managed to persist through these setbacks.

“You can’t really plan for everything. I’m a huge planner. So I try to have everything ironed out, but [there’s so much] you cannot control,” says founder Chelsey Holts, a member of the Lakota Nation and Eastern Band of the Cherokee Nation.

The farm’s founders are looking to fundraise $75,000 to expand to help meet that goal, and have already raised $15,000. They hope that Handèwa will eventually serve as a model for others who share the same goals and want to start farms in other states.

The word “Handèwa” means “generational” in the Tutelo-Saponi language and the farm’s members are intergenerational. Jeffries’ mother, Kisha, and her sister, Abigail, are founding members of Handèwa. For Kisha, working with her daughters on the farm could not be more meaningful. She has always wanted to farm, having grown up eating food her grandmother grew in her backyard. Her great-grandfather was also a farmer. 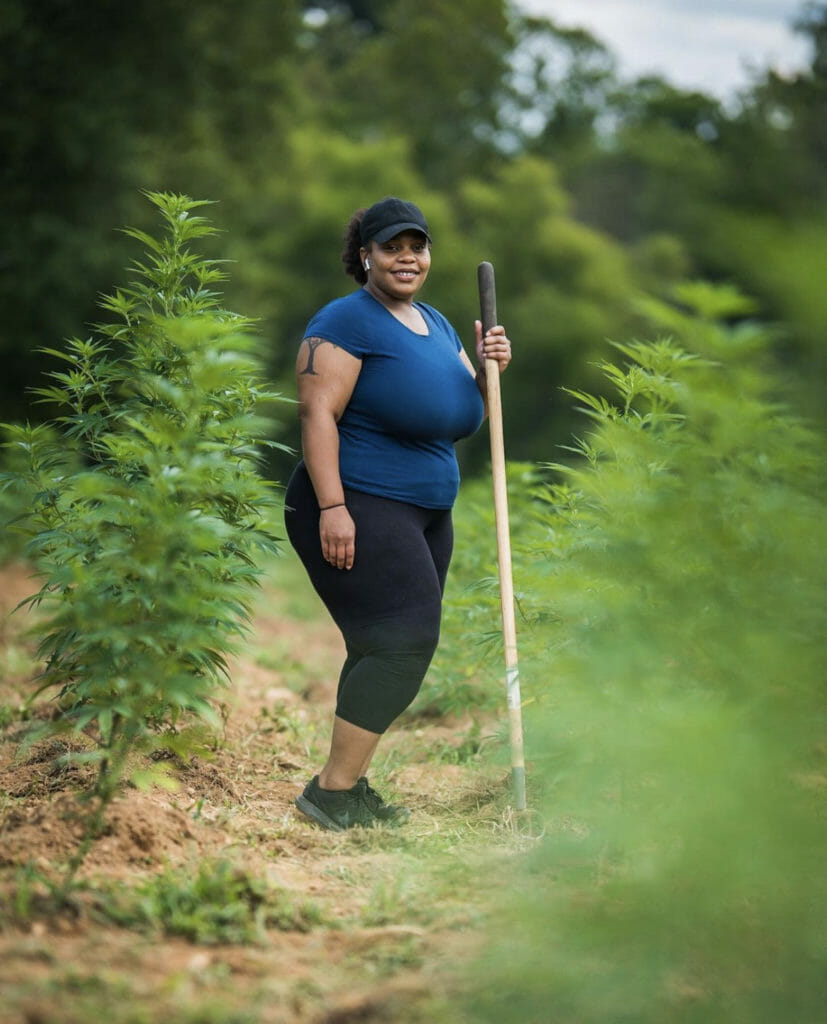 Abigail Jeffries is a founding member of Handèwa Farms. Photo by Christian Wilson

The other founding members include Will Jenifer, Chaka Harley, and Holts’ partner, Kiaro. Most of the founding members met through music (as they’re musicians). They all have other jobs, but want to be able to make a living off of Handèwa one day.

And most importantly, they envision it will provide for their own descendants in years to come.

The post Meet These Afro-Indigenous Farmers Who Want to Fund Food Through Hemp appeared first on Modern Farmer.