Each time Amber Tamm digs beneath the soil with her hands to pluck roots from the ground or plant seeds, she feels at peace. Farming wasn’t part of her initial plan, but it has given her an opportunity to pull herself out of a dark place.

Six years ago, when Tamm was studying at the College of the Atlantic in Maine, her father murdered her mother. She was on track to achieving a degree in art education and botany, but her mother’s murder put all of that on hold.

She travelled back to New York City to plan her mother’s funeral, and she decided to take some time to heal. This pause from college led her to farming.

“I didn’t have family that could extend space to me … that left me needing housing and an income,” Tamm says. “I chose farming… it was one of the only jobs where I could work and process what had happened at the same time.”

Once back in New York City, she went to local farmers markets to find farmers who were hiring. She met a couple that needed help on their farm in Highland, New York, who decided to give her a job. This was the start of Tamm’s journey into agriculture that led her to work at various farms in New York State, California and Hawaii.

For Tamm, the benefit of farming goes far beyond the pleasure of working outdoors. It’s helped her be mindful and navigate through her grief. “If your task is to harvest 100 pounds of radishes and you are doing that alone, you are able to be present with the plant and be present with what’s coming up in your body, your mind and your heart,” she says. 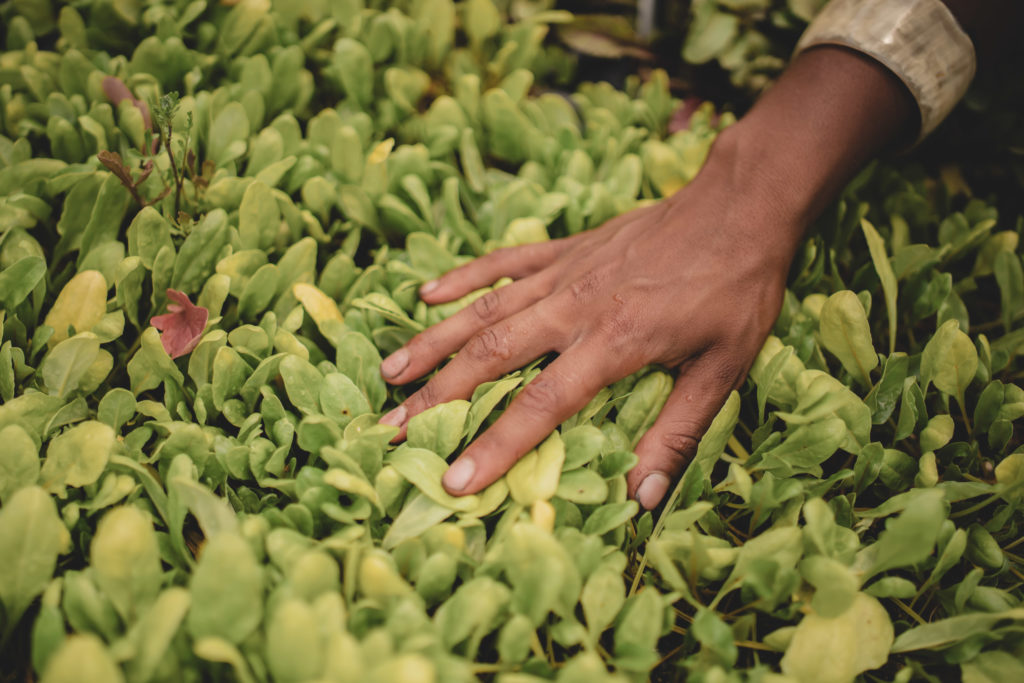 Two years ago, Tamm returned to New York City, where she has worked as a seasonal farmer for the non-profit Project EATS. She is currently employed with an urban rooftop farm called Brooklyn Grange, and grows organic vegetables and herbs. She has also collaborated with farm-to-table chef Dan Barber, for part of his Kitchen Farming Project, which encourages chefs and others to grow their own food. Through Barber’s project, Tamm is growing food for a local Black chef in a community garden. Barber has supplied compost, plant transplants, low tunnel netting and straw. As a Black farmer, working on Barber’s project is particularly important to Tamm. It’s a way to promote food sovereignty within her community, she says.

In June, she started a fundraising campaign in the hope of starting her own farm. To date, she has raised more than $120,000 and she hopes to buy land within the next year or so. Initially, she was committed to staying in New York, but she is open to looking at property in other places. Farming has been therapeutic and introspective for Tamm, but it’s also been about serving the greater community.  She hopes her own farm will  be an inclusive space for people of color to come and learn how to grow their own food.

“I farm for the sake of my own sanity and it is a therapy for my own deep trauma within my lifetime,” she says. “But I think I feel like I’m just here to continue what Fannie Lou Hamer was doing years ago.”