Even though Sangeeta Kamble frantically paces around the room while talking on the phone, her voice is calm as she explains the importance of vaccination to the person on the other end.  Sangeeta runs an anganwadi centre in Mankhurd, Mumbai, and for the last couple of months, and her mornings are spent making calls and follow-ups. The calls are to remind parents from financially disadvantaged backgrounds to get their child vaccinated, now that the immunisation programme has resumed in the city.

“Due to the pandemic and lockdown, the number of children getting vaccinated has drastically reduced — and in some areas completely stopped. I am worried a child will catch tuberculosis or coronavirus due to their weak immunity,” Sangeeta tells The Better India.

Sangeeta, who is a known face in the region, also helps parents in identifying the vaccine schedule for their child and the nearest government health centre.

Just like the children in Mankhurd, lakhs of children scheduled for a vaccine across the country have been affected by the ongoing pandemic and the subsequent lockdown.

As per the World Health Organisation and UNICEF, only 20 per cent of the children born in the present day will be fully vaccinated with all globally recommended vaccines by the time they turn five. The report estimates that 80 million children in 68 countries are at risk of contracting diphtheria, polio and measles.

“COVID-19 has made previously routine vaccination a daunting challenge,” UNICEF Executive Director Henrietta Fore said in the same report. “We must prevent a further deterioration in vaccine coverage and urgently resume vaccination programs before children’s lives are threatened by other diseases. We cannot trade one health crisis for another.”

There are several reasons behind this, ranging from shutting of health clinics, reluctance to leave the house, disruption of transportation and supply chain and fear of being exposed to COVID-19.

Meanwhile, there is also a staff crunch as health workers from anganwadi centres and ASHA workers (who form an integral part of the National Immunisation Programme) are allotted COVID-19 response duties.

Another online survey undertaken by CRY (Child Rights and You), stated that close to 50 per cent of the parents with children below five years of age in the households were not able to access immunisation services.

“Access to immunisation suffered a huge setback across all regions of the country. 63 per cent of the surveyed households in the northern states reported the lack of access to immunisation services, followed by West with 39 per cent; while less than a third of the respondents reported inaccessibility to immunisation from other regions,” Priti Mahara, Director, Policy Research and Advocacy, CRY told The Better India.

How a Global Pandemic Could Lead to a Disastrous Situation 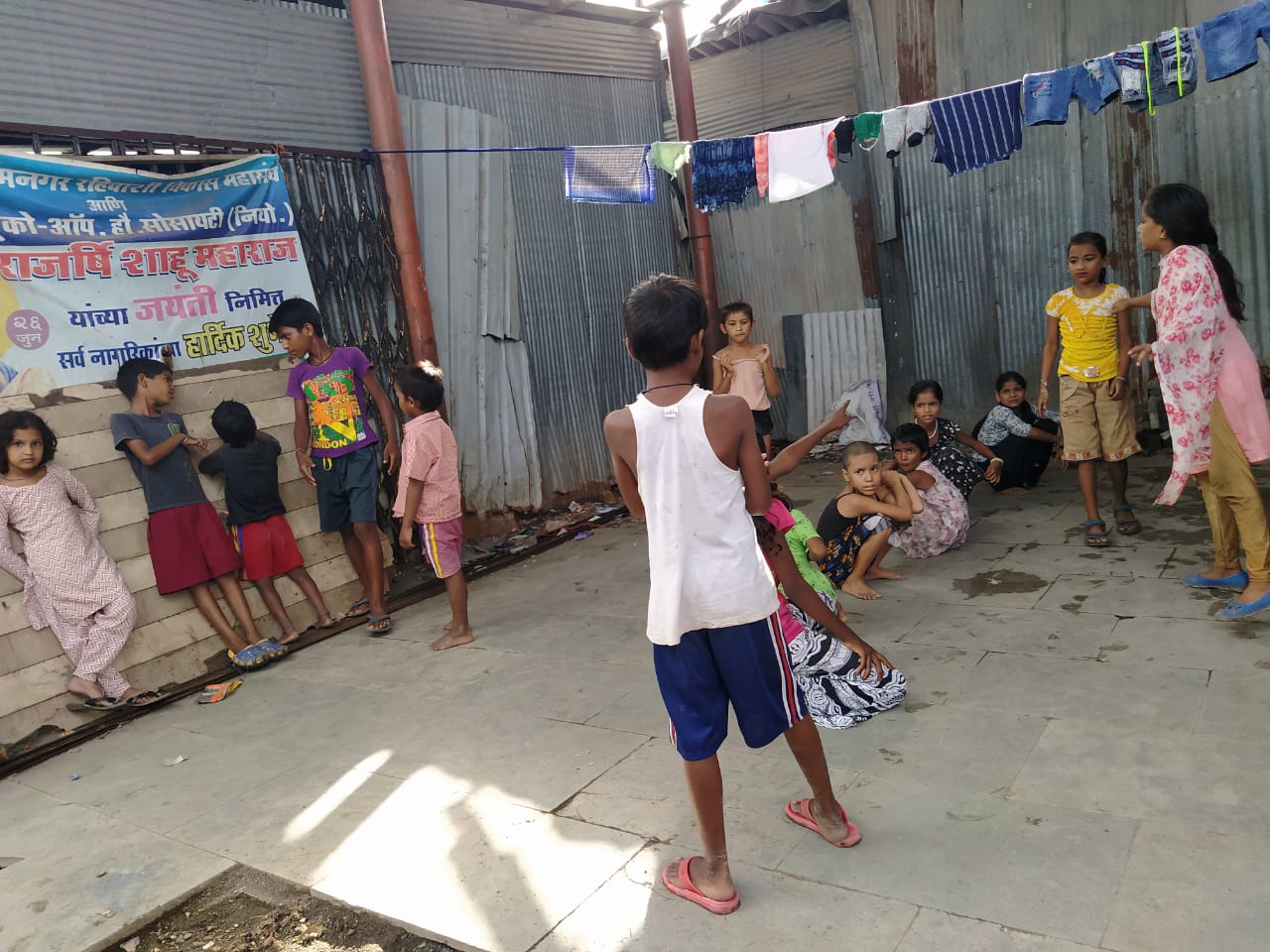 Around 27 million infants and 29 million pregnant women are covered under India’s immunisation programme every year. Nine million sessions are conducted to deliver 12 preventive vaccines like the bivalent oral polio vaccine, inactivated polio vaccine (IPV), HPV, pentavalent, measles and rubella virus. These are given at the ages of 2, 4, 6,9 and 18 months.

This year in April, however, a minimum of one lakh children did not get BCG vaccine for tuberculosis and two lakh children were not given the pentavalent and rotavirus vaccines that build immunity against meningitis, pneumonia, diphtheria and tetanus, as per the Centre’s National Health Mission. The data further reveals that there was a 34 per cent drop in the number of measles vaccines across India between February and March.

This is alarming information, considering that India has the fourth-highest number of measles cases in the world as per WHO.

Meanwhile, India was declared polio-free in 2014. However, Pakistan, our neighbouring state still has polio cases which can prove dangerous for India. “If children infected with polio were to travel from Pakistan to India, children who have not been vaccinated here will be at risk. Polio can reappear,” Dr Subroto Chakrabartty, MD (Pediatrics), DCH, FIAP from Kolkata tells The Better India.

“Children who do not get timely Measles-Rubella vaccines develop weaker immunity. If children do not get the vaccine at all, there is always the risk of a measles outbreak,” Dr Kaninika Mitra, Health Specialist for UNICEF in West Bengal told Huffington Post.

In such precarious times, where the coronavirus has crossed two million cases, India cannot afford another disease outbreak considering the burden that is already there on our health infrastructure, not to forget social distancing and lockdown protocol.

“Toddlers and the elderly are the most susceptible to the deadly coronavirus. In that backdrop, children who have received vaccination have weaker immunity than others which further puts them at risk. This is a very dangerous situation and there is an urgent need to complete the routine immunisation,” says Dr Chakrabartty.

Good News: The Disaster Can Be Averted 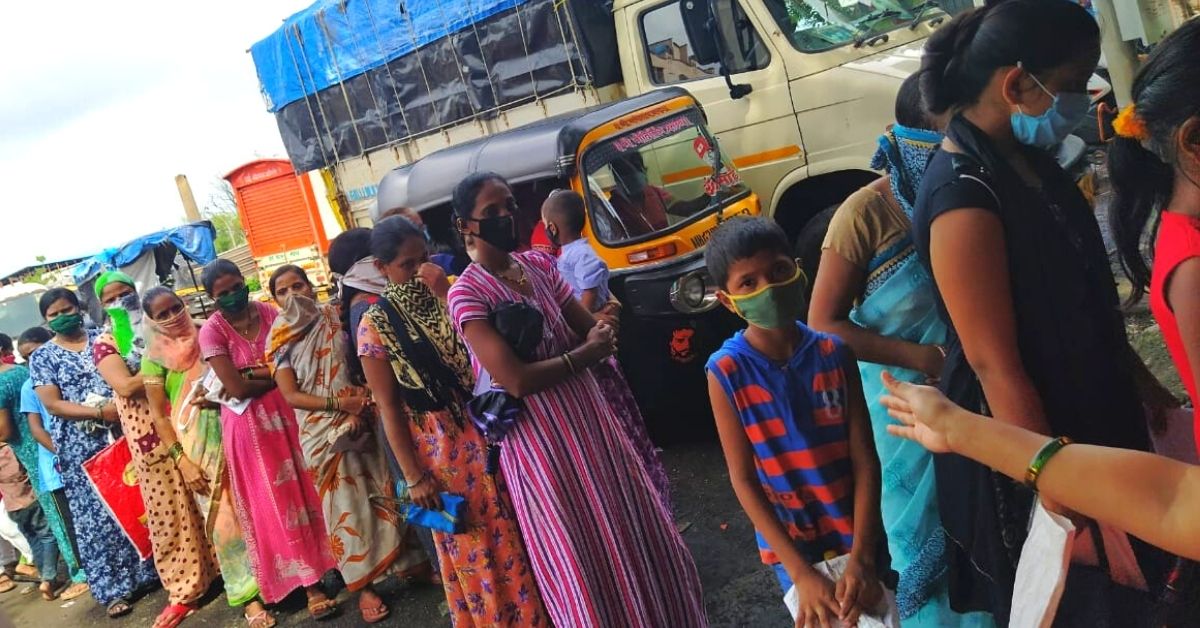 According to Dr Chakrabartty, while a delayed vaccine dose can put the child at greater risk, it will not have any long term health implications.

“Vaccines are like insurance policies… it will protect you from the moment you start processing it. If the vaccine is given a few weeks after the scheduled date, it’s not like the child will have less immunity. However, the gap is very crucial. It is not too late and disaster can be averted. The only important thing to note here is we cannot predict the timeline of the disaster,” he adds.

While the first few months of the lockdown completely restricted parents living in containment zones to visit clinics, and ASHA workers from visiting homes to spread awareness, the situation is gradually returning to normalcy.

It is also important to note here that not all government-run hospitals had stopped giving the vaccination, “We have had no problem and the sessions ran on time,” Tonu Bam, a senior ANM of Arunachal’s main public health facility, Tomo Riba Institute of Health and Medical Sciences told Huffington Post. Likewise, Utpal Medhi, a health worker from Assam revealed the situation was under control.

That said, there remain several underlying issues, the mass exodus of migratory workers being fundamental.

“Every parent is given a card which has a schedule of the vaccine and each vaccine is checked by the hospital. We have come across many incidents where the worker has left the city without the card. So, determining the vaccine stage further becomes challenging. Plus, it becomes hard for anganwadi workers to track how many children have missed their dose,” Arvind Singh, Head, Health and Nutrition Action, Matri Sudha tells The Better India. The Delhi-based NGO has been actively working in the maternity and child health sector.

The fear (in some areas, stigma around COVID-19) of visiting a hospital and lack of awareness regarding the resumed services can be a deterrent too.

The onus, therefore, is now on the state governments to focus on the pace and quality of a renewed routine immunisation as soon as possible to rectify the initial disruption. Parents, also have a role to play here. They must keep their children’s vaccination records up-to-date.

“During COVID-19 when all focus is on preventing the pandemic, it is equally important that essential child healthcare services must be ensured by taking a combination of measures and adopting alternative models. Local governance can play a very crucial role here in implementing and strengthening alternative arrangements and ensuring uninterrupted access to these essential services. While birth dose vaccinations were being provided to the new-borns in many places, immunisation services were visibly disrupted. These services need to be brought back in the earliest either by providing the services at the doorsteps or by scheduling them on a specific day and time in the healthcare facility,” says Priti.

Arvind too echoes Priti’s suggestions and says instead of asking parents to visit hospitals, health workers can conduct community camps to give the vaccine door-to-door to speed up the process and curb the risk of getting coronavirus.

A fine example of speeding the immunisation process is a small village in Gujarat’s Porbandar district who resumed its services in June. As per Scroll, two anganwadi centres managed to cover all the missed out children within three weeks.

Meanwhile, some government clinics are increasing the number of vaccination days.

“Initially, the dispensaries would designate two days a week for immunisation but now we have asked them to vaccinate children whenever they come, regardless of the day, so we can vaccinate as many of them as possible,” a senior official of Delhi’s health department, told Hindustan Times.

Additionally, guidelines issued by the Centre must also be strictly followed and publicised widely so that the process becomes smooth.

We are living in very uncertain times and while health experts and researchers are working round the clock to find a cure to this deadly disease, the issue of disruption in child immunisation deserves equal, if not more, attention. Keeping tomorrow safe must be a priority for both the government and parents, today.