At the age of 18, Murali Krishnan (Madhu) left his home after an altercation with his father and headed straight to the railway tracks to end his life. But as he stepped on to the tracks, the lonely teenager’s heart skipped a beat on hearing the loud horn of the train and he immediately stepped off. That moment forever changed Madhu’s life.

Today, 46-year-old Madhu is an Assistant Section Officer at the Secretariat in Thiruvananthapuram, Kerala and has given PSC coaching to over 5,000+ students for the past 25 years, absolutely free of cost.

As a result of his training, Madhu’s village, Thekkumbaghom has the highest number of government employees in the entire state.

Not to be deterred by a pandemic, Madhu has created a YouTube channel with the help of his former students where he puts out educational videos for PSC aspirants.

The Decision That Changed His Life

“I was a below-average student in school and dropped out before completing my pre-degree. My father was an officer in the customs department and was never happy with my grades and had a lot of expectations from me. All this constantly overwhelmed me. After a huge fight at home, I decided to leave and end my life,” he tells The Better India (TBI).

“Deep down, I was very frightened and that made me step away. I was absolutely clueless at that point, with just Rs 4 in my pocket, I didn’t know where to go or what to do with my life,” he adds.

Madhu decided to go to his grandparents’ house which was 20 kilometres away from his home.

“My grandparents were very understanding and did all they can to help me stand on my feet. In fact, it was my grandmother who pushed me every single day to read books and motivated me to attempt the PSC examinations. I had my own space to learn and grow as a person and through their love and care, I knew that I had to turn my life around,” Madhu explains. 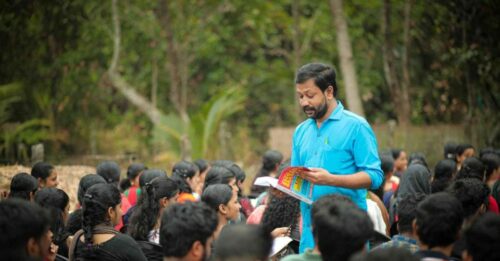 In 1995, Madhu attempted the PSC examinations and managed to clear it and landed two jobs — as a constable police officer and as a lower division clerk.

“I took up the job of the lower division clerk in a government library in Thiruvanathapuram and travelled everyday from Kollam for the job. The people in my village were quite stunned to see that I was able to clear the PSC exams. Two of my friends who couldn’t clear the examination that year approached me for help. That’s how my evening classes started,” says Madhu.

After returning from his work at 8.30 p.m., Madhu would sit with his friends and tutor them on several topics that were covered in the PSC exams. “At that point, I started self-study as well. I read several books in the library at work and even revised from the books I used for preparation to train my friends,” Madhu adds.

The same year, both of the friends that Madhu tutored cleared the examinations and got government jobs. The word began to spread in the village and several aspirants started seeking Madhu’s help. The next week as Madhu returned home after work, he saw around 50-60 students who were neatly seated on his veranda waiting for his arrival.

“It was an unexpected outcome but I was thrilled to see that people were acknowledging my efforts and found that my teaching was effective,” he explains.

The numbers started doubling over the years and the batches of students started increasing by the month. In a span of 25 years, Madhu has helped over 5,000 students get government jobs as a result of which, every household in the village has at least one government employee!

Free Classes For Everyone 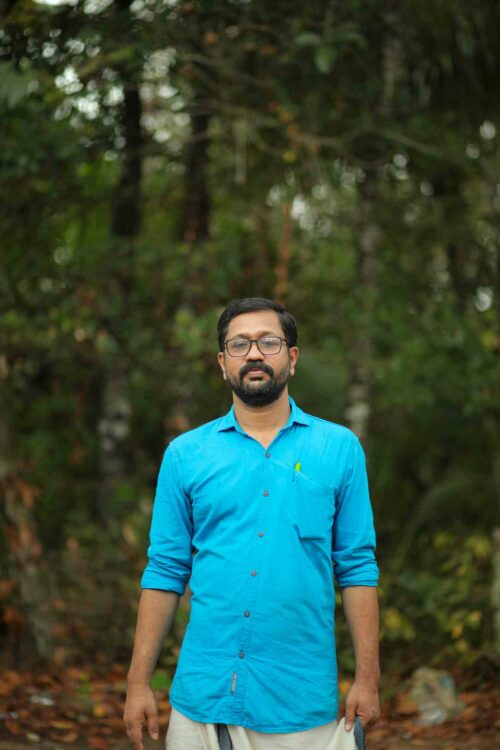 Arun Unni, 24, who has been Madhu’s student for the past three years has cleared PSC examinations for several jobs and is currently waiting for his call letter as the Company Board Assistant at the Kerala State Financial Enterprises.

“Although the classes are completely free of cost, Madhu sir only takes in students who are genuinely interested in finding a job. In order to get admissions to his classes, every student must write and submit 8,000 PSC questions and answers. This way, he filters out students who are not willing to work hard and only takes in the ones who are ready to spend hours to crack the examination,” he explains.

“Although this may seem quite strange to many people, it has been quite effective and in the process of getting the admission itself, we learn so much. But his dedication towards teaching is what really motivates most of us,” Arun adds.

Rising Above The Pandemic

Right before the lockdown, Madhu had over 400 students attending his classes. But the inconveniences of the pandemic has not stopped Madhu from teaching his students.

In April, Madhu created a YouTube Channel under the name ‘Future College Online’ with the help of his students where he has been uploading PSC related videos on different topics.

Ponnu R, 25, another of Madhu’s students, has been helping edit these videos and is very keen on ensuring that his classes reach several students across the state.

“Every student of Madhu sir has a sense of loyalty towards him for the amazing work he has been doing for the village. So when the pandemic came into force, we decided to start out a YouTube channel and in just four months we’ve gained around 9,000 subscribers,” he explains.

Madhu and his wife, Ranjitha and daughter Jyothika have been living in Thekkumbhagom for the past 25 years and have become an irreplaceable part of the village.

“Over the years I was able to make amends with my father and I’m truly grateful for that. Coaching these students have completely changed me as a person and in some way, I believe that it’s my way of saying ‘thank you’ for getting my life back,” he concludes.