Hyderabad-based Lulu Behmanshah was barely a year old when she was abandoned on the railway tracks. A social worker brought her to an orphanage, with a bad injury that would eventually lead to locomotor disability. While the clouds parted for Lulu when a young couple adopted her and gave her a loving home, the journey ahead was not easy. At every step, an obstacle, mistreatment and threat of humiliation followed, so much so that after completing her Class 10, the young girl dropped out of school.

But, nothing could kill her hunger for learning, and a few years later a chance encounter with Meera Shenoy at a conference changed her life forever.

The founder of Youth4Jobs (Y4J), Meera had been helping thousands of youth like Lulu to upskill and find employment, so with her reference, she enrolled in a short-term training program at the Hyderabad Training Centre. Today, she is a successful professional at a leading business services provider company.

N Sunitha from Hirehal village, in AP’s Anantapur district, has a similar story.

“When I was young, my father, a daily wage labourer, had a paralytic attack and could not work anymore. He was the sole breadwinner of a family of 5. To make ends meet, my mother would work as a labourer but it was still not enough,” shares the 23-year-old who has a speech and hearing impairment, like her two siblings.

To make ends meet, her elder brother took up a daily wage job. But soon, a friend told him about the Youth4Jobs and he enrolled in basic training in soft skills, computer skills, communication and job-readiness orientation, after which he was placed at an HSBC bank. His success inspired Sunitha to follow in his footsteps.

“Initially, my parents were scared and worried for my safety. But, when my brother finally got a job and they saw how it had the potential to change someone’s life, they agreed,” says Sunitha, who did not miss even a single day of training and was one of the most motivated students in the batch.

Now working as an assistant cook at Sodexo (Google) Hyderabad, Sunitha is able to bear the medical expenses of her father, and also supports her younger sister’s education. Her unflinching dedication towards work even won her the Employee of the Month award within just six months of joining.

“I came to know that education is not the only criteria to get a good job. Good communication skills, personality, work ethics and the will to continuously learn, is what puts a candidate aside from the rest. The training and grooming at the Y4J centre transformed me into a better version of myself” adds Sunitha.

Stories like these abound at the Y4J, and makes it what it is today — a torchbearer of inclusivity in India, that has changed the lives of almost 20,000 people in the past 8 years.

Yet according to Meera, it is just a single drop in the ocean of real change.

Creating an Ocean of Change 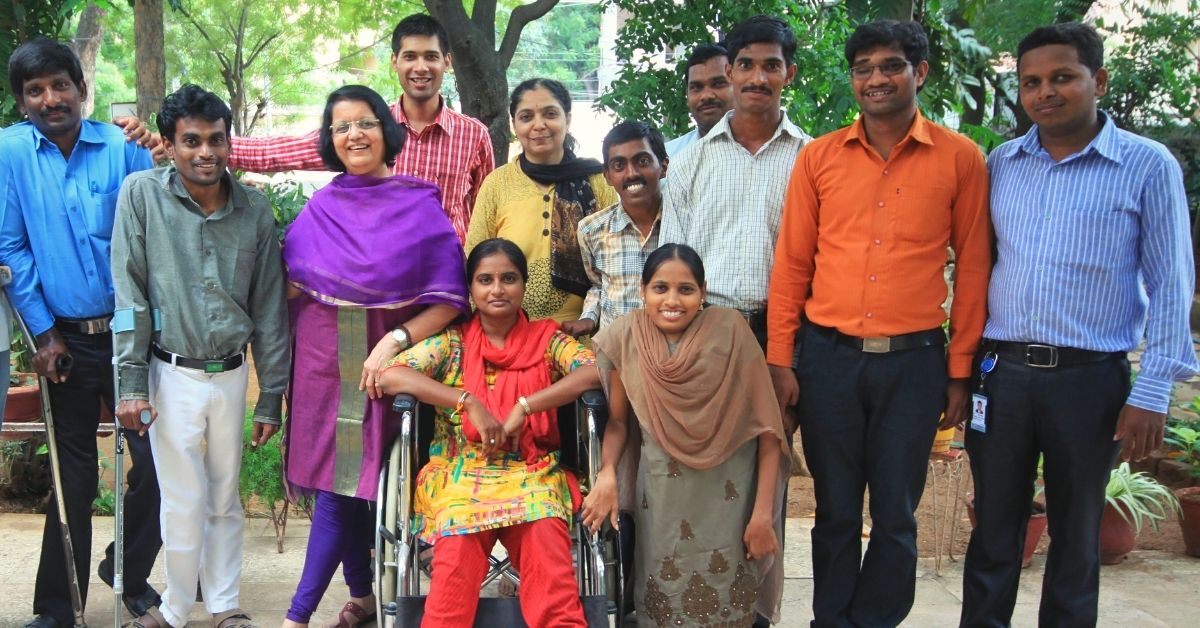 In a news report from 2019, a recruitment platform Equiv.in shares how only 34 lakh of the 1.34 crore persons with disabilities of employable age have a job in India. That amounts to a rate of over 70% unemployment. The same graph is bleaker when it comes to rural areas.

Meera shares how a realisation on the similar lines back in 2012 sparked the motivation for change.

“I had been working in the upskilling sector for quite some time but it was in 2012 when the realisation of how our society ignores one of the largest populations of vulnerable individuals, persons with disabilities, dawned upon me. What’s worse was that almost 80% of the population of PWDs all across the world come from developing nations, with India being one of the prominent ones. Plus, due to social stigma, insensitivity, mistreatment and lack of accessibility and opportunities , a majority of PWDs in India fall into the vicious circle of poverty,” says Meera who started the organisation to help persons with disabilities from rural areas find dignified employment.

A majority of the students are from low-income backgrounds in rural areas with speech and hearing impairment, low vision, locomotor (physical or orthopaedic) disabilities and intellectual disability. Owing to that many of them had not completed their secondary and higher secondary education. A few had not even completed Class 10.

From Trichy to Guwahati, the upskilling and employability program of Youth4Jobs runs across 27 residential centres in 18 states, that annually train and place 3500 to 4000 students with disabilities, between the ages of 18 to 30 years. Be it vocational or finishing skills or even technical training, these students receive rigorous guidance followed by placements in various sectors like banking, ecommerce, IT as well as service sector.

“But whatever truly matters is always hard to accomplish. So, the first challenge was not just finding people to enrol but gaining their trust and giving them the confidence to dream. Most of them having suffered years of discrimination and mistreatment were quite conscious of their disability and not sure of their true potential. Even the people around them were most discouraging. Hence the first step was to mend this advocacy problem and change the mindset. Consequently, we launched Village Connect, an initiative where we would educate opinion leaders in the community, gather support of the government organisation, gram panchayats and NGOs to reach out to the villagers and empower the PWD population,” says Meera.

A successful stepping stone, Village Connect today has more than 5.7 million households across 9000 villages in its fold.

In the world constantly evolving its ways to a new normal amid the pandemic, Y4J is making sure that persons with disabilities are not left behind. To ensure this, they decided to reintroduce their training sessions online by tailoring the classes to fit the accessibility of their students.

“The pandemic took its toll on everyone, but it was especially worse for persons with disabilities. Although all our operations shut, we knew that we had to continue working at the bottom of the pyramid and help those who were at their most vulnerable,” says Meera who launched a new program called Youth4Jobs Online in May, as an effort to continue skills training despite the nationwide halt.

This program is meant to help the underemployed and undereducated community of PWDs in India knit a safety net of survival in a post COVID-19 world and the organisation made sure to spread the word through several social media platforms and organizations.

Once word was out in social media, the Y4J team began to receive calls from Bihar or Agartala, among others, but the challenge was to address the issues of low bandwidth and connectivity.

“Many of them weren’t so technologically savvy and connectivity in their area was also an issue. So we had to make sure that we created content that they could watch offline and yet manage to take attendance while helping them to log in with a more simplistic interface. So we began to use Facebook private groups, Zoom, WhatsApp, Google Hangout etc. to connect with them and share downloadable content. To assess the progress, we created simple Google forms with questions and paired them with video calls, one midway into the course and one at the end,” adds Meera. 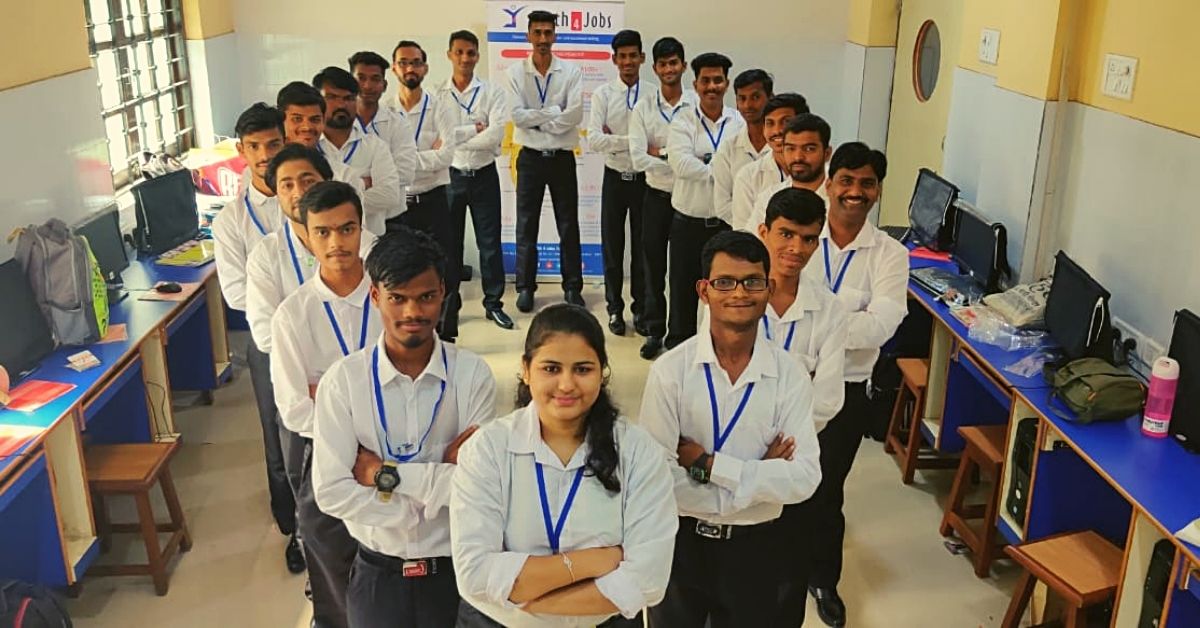 With the tailored content and presentation, Y4J team consisting of a project executive, trainers and sign language interpreters started the 20-day 3-hour-long programme every morning and afternoon. This training, for individuals between the ages of 18 to 35 years, was focused on providing life skills, computer skills and basic English and skills for job-readiness orientation.

The regular classes are usually 8 hours a day, but they program designers reduced the time in the online classes due to the comparatively less attention span of the students on devices.

So far, a total of 1890 people have been trained under this program, and many of them are women.

“It’s interesting to see how despite several challenges and apprehensions, we managed to tap into this reservoir of curiosity. And we have seen a huge spike in enrollment of women especially. Earlier, due to several social and safety concerns, many girls or women would not come to our resource centres, but with it being shifted online, they can now learn from the safety of their homes,” says Meera.

Employment Matchmaking For People With Disabilities 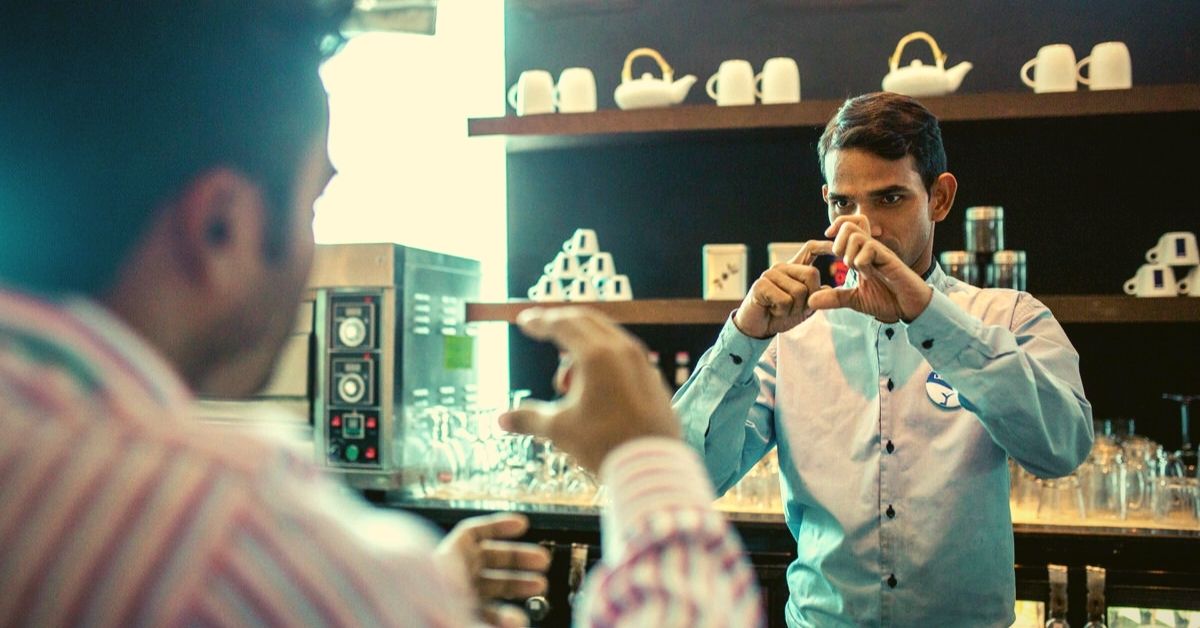 Meera speaks about how, despite the economic ramifications of the lockdown, a good number of corrections in their network have come forward to show interest in hiring these candidates post lockdown.

Talking about the sensitisation drives prior to the hiring, Meera adds, “Over the years we have built a robust network of corporates. Our corporate connect team not only runs sensitization drives with the teams and managers and provides sign language training but also does accessibility audits and encourages employers to hire candidates in an array of roles.

With their training in job readiness orientation accompanied by role orientation and mock interviews, the team of trainers ensures their hands-on transition from the training to placement. Even during the final interviews, candidates with speech and hearing impairment are accompanied by interpreters and team members to guide them throughout the process. Plus, the founder adds how their work is not only to get them jobs but to ensure job satisfaction as well, and so a team from Y4J continues to take periodic follow-ups with the individuals and step in to resolve any work-related problems.

“In the post COVID-19 world we are planning to expand our placement horizon by exploring ideas of enterprise by helping them set up small businesses or micro enterprises. E-commerce is another important sector we are hoping to get more jobs from,” she adds.

But the biggest roadblock in these plans continues to be the access to computers and smart devices. As many candidates come from low-income backgrounds, they do not have smartphones, tablets or computers to continue their training online. Owing to this, despite a deluge of applications, Y4J had to make enrollments based on the access to devices, which compromises their goal for a last mile outreach.

While the organisation is planning to conduct a drive for donation of used or unused smartphones and computers, you can step forward to lend a helping hand.

To be the changemaker in this transformational journey towards accessibility, you can visit their website or contribute here.