In recent months, Sam Polly’s front yard in Humboldt County, California has been a food source for his family. It’s also been somewhere locals have come to gaze at vegetables—very big ones.

Flooded with 27-inch long carrots, 20-pound turnips, radishes and banana squash, Polly says his 3,000-square-foot yard has become something of an unofficial giant food museum. He started transforming his yard into a vegetable garden in March. Since then, he’s often peered out of his window and seen new faces gawking at the monstrous produce he and his children have grown.

“People freak out…,” he says. “I had this one lady drive by the other day… She slowed down her car and I thought her eyes were going to pop out of her head.”

This summer, Polly joined a growing number of home gardeners who grew giant vegetables for the first time. The father of seven, who works full-time as a soil scientist, says he initially decided to grow the large varieties so that his large family could sustain itself through any lockdowns or potential food shortages. The Pollys ended up growing so much food that they’ve shared some with neighbors and even the occasional passerby. 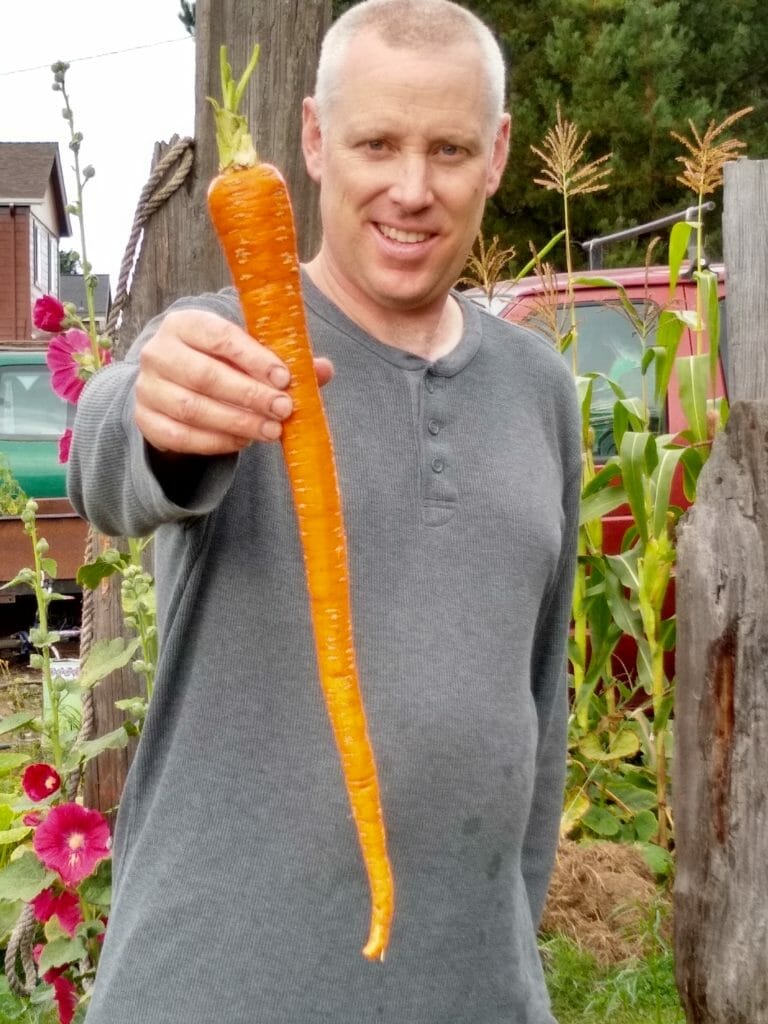 Growing giant produce has taken off across the country during the pandemic. Seed companies say they saw a surge in home gardeners buying larger varieties, especially in the pandemic’s early months.

The pandemic has also given those who have produced giant vegetables in the past, the time to grow them even larger this year. In Southwick, Massachusetts, Jennifer Bruno has been growing behemoth vegetables over the last three years with a goal of eventually entering competitions. She says when her work hours were cut due to the pandemic, it gave her the time she needed to perfect her jumbo-veggie craft. Her pride and joy this year has been a pair of pumpkins, one weighing 502 pounds and the other 377 pounds. She also has 10-pound squash and pepper plants towering around six feet tall.

“I really went full force,” she says. “These giant vegetables, they’re amazing and they’re fun and they just kind of make me smile.”

Next year, she’s hoping to focus on giant tomatoes and onions. After Halloween, Bruno says she’ll cut up her pumpkins and take the seeds out. Many gardeners, both old and new, have asked if she could send them seeds so that they can grow their own giant varieties. She says being able to inspire gardeners to start growing these vegetables has been a real highlight of this growing season. 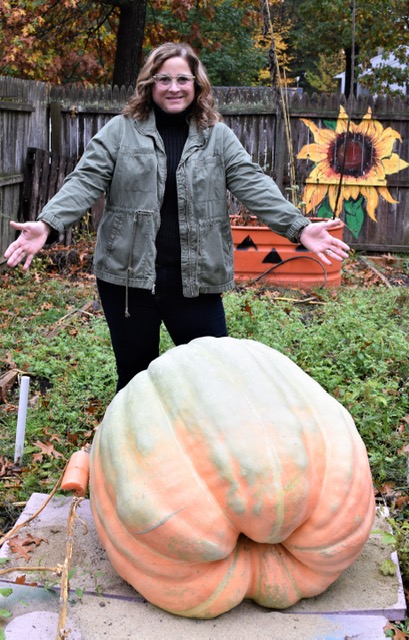 Polly, similarly, says he’s felt that his family’s front yard bounty has motivated his neighbors to try growing something, big or small. It’s been eye opening, he adds, to see the impact that something so strange and simple like giant vegetables can have.

“It’s the one thing I’ve really seen that transcends all political [and] religious [beliefs or] any other isms and boundaries,” he says.