I love Squash and have been playing for many years. For those who may not know, Squash is a racket and ball game played inside four walls. Two players usually play a game. The idea is to bounce the ball off a wall, in such a manner that the other player cannot strike it as it returns. If they miss, you get the point. If they hit the ball, they do the same thing – bounce it off a wall towards you.

The game is believed to have originated in Harrows School For Boys, London, sometime in the 1830s. A similar game of rackets, played with a stiff ball, was already in existence at the time. But the boys realised it was more fun to use a punctured rubber ball, which erratically bounced when it was whacked into a wall at high speed with a racket. The ball ‘squashed’ on impact – making it more unpredictable. 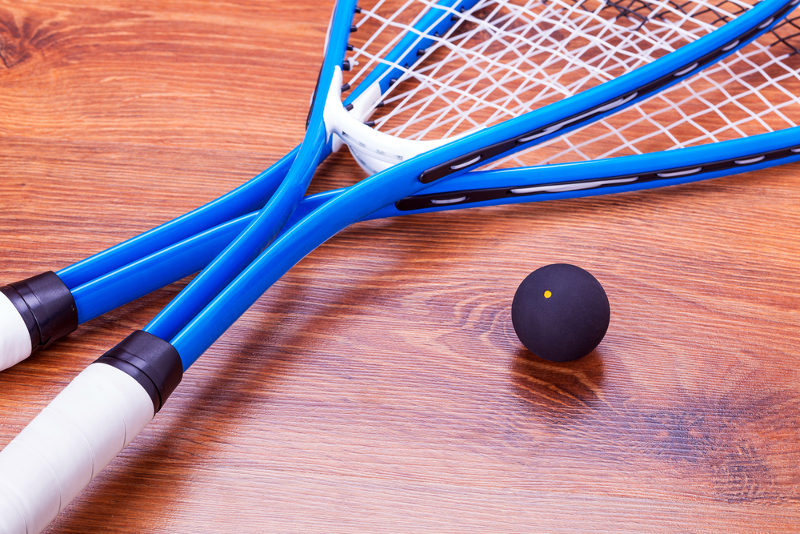 This game has been growing in popularity around the world, and currently some 20 million ‘jubes’ officially play the game around the world. And I am one of them. Indeed, I love it so much, that at the age of 37, much to the utter confusion of my family, I started learning the sport from one of the best promoters of the game in India – Vijay Kumar Goel.

For over 20 years, he has contributed to the sport in the country. His efforts have not only helped bring out the best squash talent in India, but his initiatives have also given direction to many talented young people who come from rural backgrounds. And it all began in a sugar mill!

Here’s how it all began.

Dhampur Sugar Mills was set in 1933 by and has operated ever since. It is one of the leading sugar producers of the nation. A chemical engineer, Vijay Kumar Goel has been a Promoter Director of the Dhampur Sugar Mills since the 1960s and is an above-average Squash player himself.

However, the game didn’t dominate the mill until the 1990s, when his son Gautam began playing Squash in a court within the mill’s compound. Eager to help his son develop in the game, Vijay Kumar hired Shyam Lal as a coach. Shyam Lal had been in the Armed forces and was one of the top three national-level Squash players in India at the time.

This simple coaching, begun by a fond father for a son, would go far. As the years progressed, Goel would grow from being a leader in the sugar industry and attentive father to one of the biggest promoters of the sport, and thus ‘Dhampur Sugar Mills’ has become among the best Squash academies in the country.

Goel’s help comes in many forms for young talent. He supports the various academies in Dhampur, of course. But that aside he also provides needy players accommodation in Delhi should they go there to play tournaments. Along with that, he arranges for the dietary and other requirements, pays the participation costs for crucial matches and provides financial assistance to exceptional players.

During my conversation with him for The Better India, he credited young squash players for his support, with whom he appeared to maintain a close mentorship role. Their simplicity, dedication, and commitment to the game galvanised him, he said.

He also stressed how he endeavoured to keep freedom, equality and respect at the core of all interactions, irrespective of age, gender, religion or position. This attitude seemed to reflect in the squash players he has supported as well. They might come from small towns, or be from any background. But they were all equally ferocious on a Squash court.

Here’s a sample list of some of the academy’s graduates:

Indeed, Amjad Khan even returned to the academy as a coach and is considered instrumental in continuing the academy’s tradition of bringing out the best talent at national and international levels.

At the Dhampur academy, Goel was also impressed by player Amjad Khan, who also became a coach at this new academy in Delhi. All this was instrumental in bringing out talent and preparing players to compete at the national and international levels.

Many of those who don’t play professionally now have gone on to set up their academies – that have trained current and upcoming champions.

In sum, Goel’s attention has helped Squash develop an entire eco-system in India over the decades, a rarity for a sport that is not Cricket, Football or Hockey. And it is incredible to think, it all began in a sugar mill!