There is a small hamlet called Bhavarpur in Bilkhar village in Uttar Pradesh’s Banda district. In recent years, the residents of this village have migrated to cities for work. Water shortage and continuous drought has made agriculture nearly impossible for the small and marginal farmers. They preferred opting for wage labour through migration.

But due to the lockdown to curtail the spread of the coronavirus, the migrants lost their jobs in the cities. They were compelled to return to their village.

But even in the village, their survival was in jeopardy.

Many of them approached the village Pradhan to seek jobs under the MNREGA scheme. Despite continued efforts on their part, there was no clarity about when they could get work. 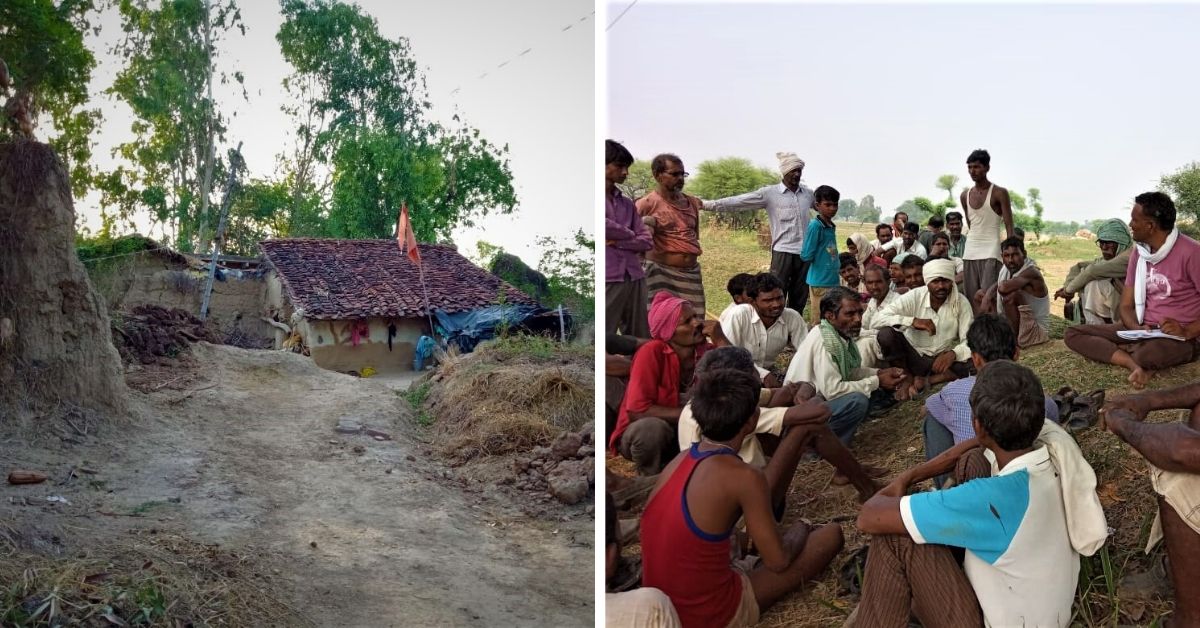 The only alternative left for them was to rebuild their lives by farming. A major stumbling block was the lack of water resources. In the face of all uncertainties, during a casual meeting, a few of them realised that the river Gharar would flow from their land during the monsoons and had lost its course. This would cause general flooding during the monsoon and a shortage of water during the summer.

The water of the Gharar river heads from the hills of Panna and flows through Ajaygarh, Kartal, Banda in Madhya Pradesh and Uttar Pradesh. It was once considered to be among the perennial rivers of the region. It used to flow through 40 villages, with farmers heavily relying on it for irrigation.

In the course of the construction of check dams, the encroachment of the land surrounding the river, and other negligence due to human error over many years, the river receded to a wastewater drain.

The villagers of Bhavarpur couldn’t get work under MNREGA, and the lost river was a pressing issue. Nearly 60 men and women came together and started working towards the revival of the Gharar by Shramdaan (volunteering labour) on June 10.

After four days of tough work, water started appearing. The sight of the water boosted their energy and motivation further. By June 18, a 2-km stretch of the river was cleared. 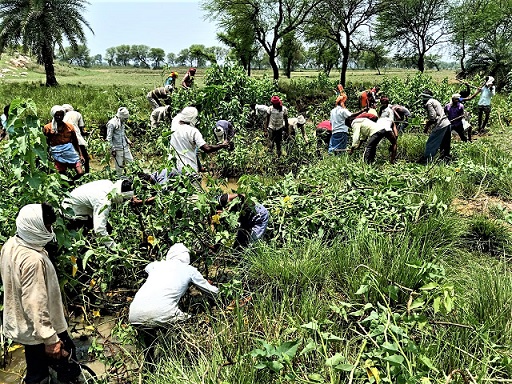 After that, the work was taken over by the government under MNREGA and the workers were remunerated. With this, the remaining 3-km course of the river was cleared by the end of June.

Paving the way to the river will save the village from getting flooded during the monsoon, say the determined volunteers. More of them join the work with each passing day as the mission has created a heroic wave in the region.

Jairam, a migrant labourer from Bhavarpur, says, “We are trying to save our village from flooding during the monsoon. This stream will also be useful for irrigation in the summer.”

The villagers have also been accommodative to the shramdaanis. Those without land have been offered some portions so that they could use it to farm during these difficult times. 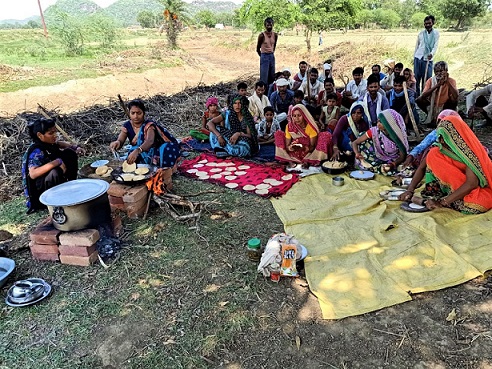 Meera, a resident of Bhavarpur, migrated to the village along with her family many years ago. She shares, “I am happy that recognising our efforts, others from the village have offered their land to us for a year. With land and water now available, we will be able to cultivate crops.”

The volunteers and villagers have been camping in Bhavarpur village. The campsite looks festive, with the shramdaanis relishing the food served by nearby villagers. Men, women and children sing and dance to celebrate their efforts in the sense of camaraderie. They seem empowered, forgetting all the worries and uncertainties regarding survival.

(Written by Aarti Narayan and Edited by Shruti Singhal)