Sabira Mohammed, a homemaker hailing from Palakkad, started cultivating orchids on her terrace as a means to kill boredom while her family set out to school and work every morning.

What started in 1998 on a terrace has now expanded into an acre. Setting up a nursery was a natural progression and Sabira gained a lot of traction through Facebook and WhatsApp. In just three years of launching her Facebook page, she garnered 5,000 followers.

The 53-year-old orchid cultivator currently earns upto Rs 3 lakh per month. So how did this homemaker turn her love for flowers into a business? 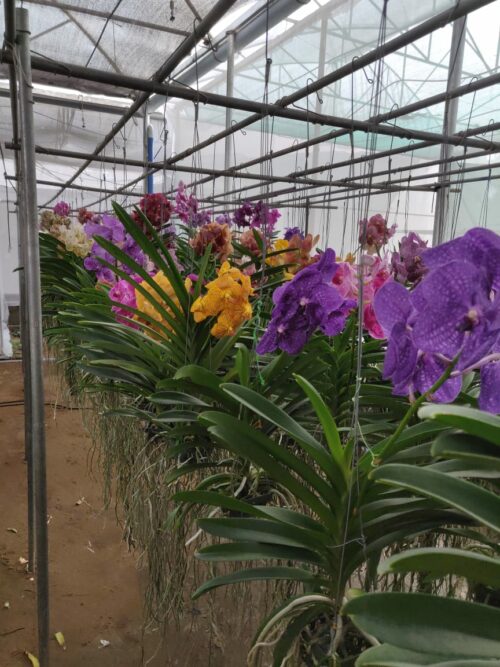 It’s been 22 years since Sabira started her orchid cultivation and there has been no going back ever since.

“I got married in 1982 right after completing my 10th grade. My husband and I went to the UAE after our wedding. We lived there for about seven years and returned to our home in Thrissur in 1989. My husband who had his own business at the time would leave for work in the morning and all three of my children would leave for school. This left me all alone at home with a lot of time on my hands,” says Sabira.

That’s when she thought about trying her hand at gardening. Initially, she started out with flowers like jasmine and anthurium in pots on the terrace. When her garden bloomed, Sabira expanded into orchid cultivation.

“As time went by I moved the cultivation from the terrace to a 1-acre land. I started collecting sapling from the Krishi Bhavan and even started importing them from places like Thailand. Even though I had expanded the cultivation into a larger scale, I wasn’t quite sure about stepping into the business side of it,” she adds.

Sabira’s orchid cultivation started gaining a lot of popularity in 2006 when she won the Kerala State Government’s Udyana Sresta Puraskar for her amazing work in the field of gardening. She was nominated for this by the Krishi Bhavan in her area. The award skyrocketed her garden into fame and she also started getting visitors from across the state.

“This was definitely a turning point in my life. I started selling saplings to interested visitors and even sent them to those who were in faraway districts,” she explains.

With over 500 varieties like Dendrobiums, Cattleyas, Vandas, Oncidiums, Paphiopedilums, Bulbophyllum and Phalaenopsis, Sabira even expanded her garden with a greenhouse.

“My husband, Muhammed Moosa and my youngest son, Sibin were very supportive of the expansion and motivated me to start a nursery. So finally in 2017, we launched a nursery in Thrissur under the name Pearl Orchids. The initial investment to start out the garden was around Rs 20 lakh,” informs Sabira.

They set up a greenhouse along with a mist irrigation system to make cultivation easier. Around this time she started a Facebook page and used Whatsapp for customer orders. 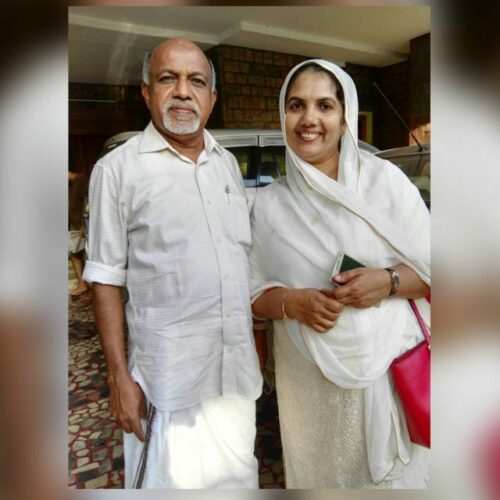 “Posting pictures of my orchids were literally the only marketing I did for the nursery but in a span of just three years, it grew into one of the most popular orchid nurseries in the state,” she explains.

Susan Kuriyachira, who has been a customer of Pearl Orchids for the past one year, says, “The prices for the orchids range from Rs 250 onwards and the packaging is simply superb. The saplings stay fresh for about 6-7 days without any fertilizers.”

Recently, Sabira invested in a Gir cow as a means for manure for the orchids. Besides this, she does not use any chemical fertilisers to grow her flowers. For the past three years, she has been earning a monthly income of Rs 3 lakh, from which Rs 50,000 is reinvested in cultivation.

“Several people have approached me for business tips, but my only advice is not to rush into things. It took me 22 years to get this far. So if you want to start your business, the first step is to cultivate an interest towards it, the rest will follow on its own,” she says.

You can place orders through her Facebook page, Pearl Orchids.