Picture this. A publicly-traded company from the West that exists for the profit of its shareholders, directors and sometimes the employees as well. It is led by a famous leader and has a presence in almost all major nations.

It claims larger goals like progress, innovation, bringing disparate groups of people together, better access to markets and knowledge from around the world. In reality, all the company cares about is how much profit it can generate while ferociously defending its monopoly through any means necessary.

These means include bribery, playing political entities and different communities against one another, and adroitly deploying a combination of its own people and well-paid locals who understand the terrain better.

In India, especially, this idea of cosying up to the ruling powers while offering goods and services for low prices pays rich dividends. Eventually, this company ends up influencing (if not ruling) the entire nation, through its proxies.

We are, of course, speaking about the East India Company.

But just in case anyone thinks it is not possible to stand up to such mighty forces, let me remind you, not everyone accepted the Company with open arms. Many challenged their might, despite often having local state machineries against them.

Though sadly most were betrayed by their fellow Indians, many of them are now part of modern Indian folklore and must be celebrated. So here are 5 instances of heroes challenging the dominance of the biggest Company in the world:

1) Rani Chennamma: Hailing from a small village in present-day Belagavi district of Karnataka, she married Mallasarja Desai, the King of Kittur at the age of 15. After he passed away in 1816, Chennamma adopted a boy named Shivalingappa and made him heir to the throne.

The Company, via it’s noxious ‘Doctrine of Lapse’ policy, sought to seize the kingdom and its treasury worth an estimated Rs 1.5 Million (in 1816). It claimed an adopted son was not a ‘true heir’ and this is somehow meant the Company was the true ruler now.

War soon followed. She won the first battle, took two British officers as hostages and released them on the condition that they end the war and let her son rule. The Company accepted the offer but double-crossed her. It organised another attack and got her soldiers to betray her. She was defeated, captured and died in captivity on 21 February 1829. 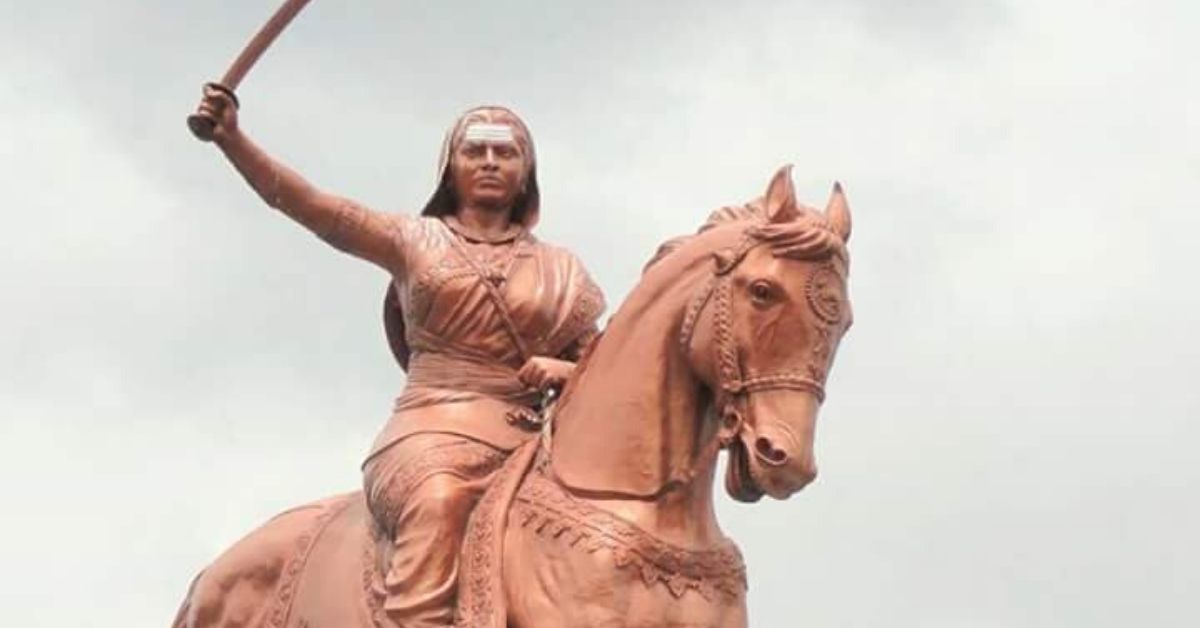 2) Varma Pazhassi Raja: Also known as Kerala Simham or the ‘Lion of Kerala’, he crushed some of the most infamous native warlords and British generals, at a time when resistance against the tyranny of colonial rule was yet to unfold.

One of the greatest victories of Pazhassi against the British was a 13-year-long war known as the ‘Cotiote War’ or the Kottayathe war. In it, he defeated Arthur Wellesley, the first Duke of Wellington – considered to be one of the world’s greatest generals for his triumphs against Napoleon Bonaparte. The British forces met with a humiliating defeat that they never forgot.

Born into the royal family of Kottayam as Kerala Varma in 1753, Pazhassi’s leadership saw the kingdom retake the Thalassery fort after a long siege which lasted from 1774 to 1793 from the army of Hyder Ali. For this operation, he collaborated with the British.

Although he intended to safeguard his kingdom, the British wanted to establish a sole monopoly over the pepper trade, and the key to it was the port adjoining the Thalassery fort.

In a classic betrayal, the British already struck a deal with his uncle Vira Varma and appointed him as the King of Kottayam. Later, Vira Varma gave up all control of the trade to the colonists along with punishing the peasantry with outrageous taxes to pay tribute to the British.

What followed was a long battle till 18 November 1805, when British troops ambushed Pazhassi and his men at their campsite near a stream named Mavila.

After securing the Brahmaputra Valley and Surma Valley (in Assam and partly in Bangladesh), the British sought permission from Tirot to construct a road cutting through the hills inhabited by the Khasis.

The British, represented by their political agent David Scott, told Tirot that if permission were granted, he would be given control of the duars (alluvial floodplains of Assam) and was promised favourable terms of trade. However, the British reneged on their promise, and on 4 April 1929, his forces attacked the British garrison stationed at Nongkhlaw in which two officers were killed. The British retaliated with their superior modern firearms.

Tirot and his men battled the British for four years engaging in guerilla warfare. In 1833, while he was hiding out in the hills after sustaining a bullet injury, he was betrayed by one of his men and soon captured by the British forces. He was deported to Dhaka, where he died in captivity on 17 July 1835.

Also Read: Kanhoji Angre, the Maratha Admiral Who Defended Konkan from the Europeans!

4) Rani Lakshmibai: Another victim of the ‘Doctrine of Lapse’ policy, this queen was also referred to as Manikarnika Tambe. She was given the name Lakshmibai in 1842, after marrying Maharaja Gangadhar Rao of Jhansi. Her husband’s death in 1853 caused her kingdom, Jhansi, to be annexed by the British under the Doctrine of Lapse.

Similar to the predicament Rani Chengamma faced, the British refused to recognise her adopted son Damodar Rao’s right to rule as the legal heir. They forced Lakshmibai out of the Jhansi fort and demoted her to the Rani Mahal – paying her a pension.

Despite several appeals, she was ignored. She had no choice. With a sword in hand and her child tied to her back, she fought valiantly in the 1857 war against the Company. In 1858, the British attacked Jhansi, but Laxmibai fled with her son to Kalpi and joined Tatya Tope. They captured Gwalior, but British forces regained control. She fought the battle of Kotah-ki-Serai in 1858, dressed in a man’s uniform, but was shot dead by British soldiers.

5) Tawaifs, the unsung heroines: The brave ‘Tawaifs’ or courtesans of India are among those fighters whose stories of self-sacrifice have had a few listeners and even little physical record, particularly during the 1857 War of Independence against the East India Company.

Take the example of Azeezunbai, who fought alongside rebelling soldiers during the siege of Cawnpore (Kanpur). Azeezunbai was very close to the sepoys of the British Indian Army, particularly Shamsuddin Khan from the 2nd cavalry, who played a prominent role in the war of independence.

Her house was also the meeting point of sepoys. She had formed a group of women who went around fearlessly, cheering the men in arms, attended to their wounds and distributed arms and ammunition. There are hundreds of stories of Tawaifs like Azizun. Owing to their active involvement, the Tawaifs had to bear the consequences. By the 1900s, their social and financial status had lost its initial lustrous glory.

Also Read: How the Ubiquitous and Harmless Chapati Had Terrified the British in 1857