“Is Bheem still alive?”’ asks Dhritrashtra after realising he had crushed a clay-statue of Bheem instead of killing him. To this, Bheem replies, “I am waiting for your blessings. If you are still angry, I will embrace you (and die).”

Wiping his tears, he adds, “…If you allow me, may I wipe the blood on your chest?”

This scene in B R Chopra’s legendary serial, Mahabharat, ends with Bheem and Dhritrashtra hugging each other amid tears of joy. The soul-stirring scene, even today, rightly resonates with millions of viewers across India. I saw my grandmother shed a tear once again when the series was aired on TV during the lockdown.

Actor Praveen Kumar Sobti effortlessly aced Bheem’s character, for which he is remembered fondly even after so many years. His aura, well-built structure and comedic timing, combined with soft-spoken and authoritative dialogues, made him one of the most loved on-screen characters.

While Praveen’s titular roles in Mahabharat and over 50 other films are well-known, many of his fans are unaware of his staggering career in sports before he entered the glamour industry.

For those uninitiated, Praveen represented India at national and international levels and won several medals at Asian and Commonwealth games. He participated in the Olympics twice.

Praveen was a well-known face in Indian athletics during the 1960s and 70s. Due to his height and build, he became a professional hammer and discus thrower. He participated and won gold medals at the 1966 and 1970 Asian Games in Hong Kong. He bagged a silver at Commonwealth Games in Kingston in 1966, as well as at the Asian Games in Tehran in 1974. He also participated in the Olympics twice in 1968 and 1972.

Making it to the international sporting event was not an easy journey for him. According to the Times of India, Praveen was in his prime when he began suffering from back problems. However, his zeal to attend the Olympics did not deter him from auditioning for trials in 1968.

He hit the record mark of 70m during the trials, a mark accomplished only by two other people in the world — a Hungarian and a Russian athlete.

However, he missed winning at the Olympics by a huge margin, finishing at the 20th position in Mexico and 26th in the following Olympics in Munich. 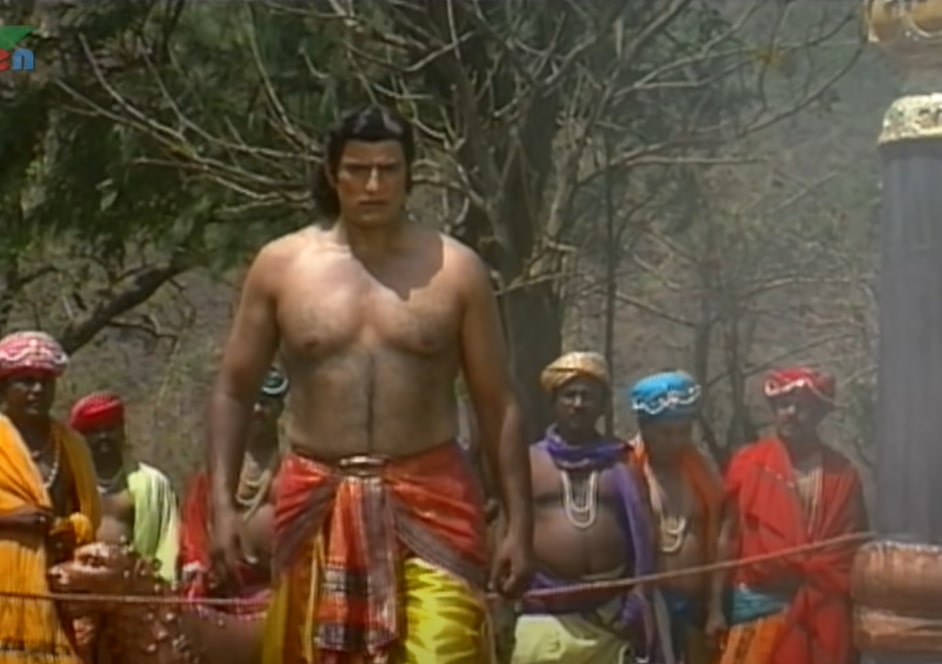 After a successful stint in sports, Praveen turned towards acting in the 1980s. “I earned a lot of accolades in sports. Wherever I went, I got immense love. After leaving sports I still wanted to be popular and known among my fans. I wanted to be in the limelight. That’s why I opted for cinema,” he told TOI.

After doing an unnoticeable role without dialogues in Ravikant Nagaich directorial ‘Farz’, Praveen got his real break in Raksha. He played a large henchman Gorilla in a James Bond-styled movie starring veteran actor Jeetendra.

One of his notable roles was in the Amitabh Bachchan-starrer Shehanshah. He played a goon who gets punched by Bachchan right after he says, “Rishtey main toh hum tumhare baap hote hai… naam hai Shehansha.” Other movies where Praveen played similar roles include Hamse Hai Zama, Yudh, Karishma Kudrat Ka, Loha, Mohabbat ke Dushman and so on.

With these films, Praveen’s image was associated with being a“dreaded” character in Bollywood – he came to be known as a villain’s sidekick. His appearance in any scene meant a fighting sequence was about to unfold.

A life-changing opportunity came knocking in the late 80s, when his friends suggested his name for Bheem to B R Chopra. While he was the perfect fit for the role, the makers disliked his dialogue delivery. Not one to easily give up, Praveen requested Chopra to give him a week to improvise.

“I brought a Mahabharat Grantha and started practising the lines loudly in my house. There were some difficult words too and I wrote them on paper. After a week, I went on the sets and impressed everyone,” he said.

The rest, as they say, is history.