A couple of years ago, BBC and the NITI Aayog, in separate reports, had made a grim prognosis for Bengaluru.

The city would run out of groundwater by 2020.

Bengaluru was listed as one among the 11 cities in the world to run out of groundwater. The list released by NITI Aayog was part of the Composite Water Management Index: A Tool for Water Management 2017.

Now that we’ve reached 2020, what is the situation that we are currently in? Have we run out of water, or are we close?

We spoke to experts in the field to get to the brass tacks.

Dr Hita Unnikrishnan, former Assistant Professor at the TransDisciplinary University, and a post-doctoral research associate at Azim Premji University whose doctoral research focussed on the histories of urban water commons within Bengaluru and Dr Kshithij Urs, former executive director of the Greenpeace India who is currently an adjunct professor at the National Law School of India, Bengaluru.

What happened over the years with regards to the water situation? 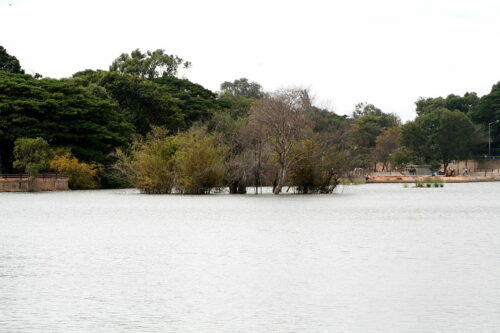 “The foundation of Bengaluru’s ‘tank system’ was laid in the 4th century CE. They tapped into the elevation gradient of the city, and these natural depressions were converted into reservoirs which were filled up during the rains. The excess water would flow into the next reservoir. So up until the mid 18th century, the people used these lakes as their sources of water. The water was drawn from the lakes during the monsoon, and when they dried up in the summer, they relied on the open well system which was recharged by the groundwater,” explains Dr Hita Unnikrishnan.

“This was also the period when Bengaluru started being referred to as the ‘Pensioner’s Paradise’ and it was also considered to be very conducive by the European population because of the weather. This led to a sudden increase in the population and infrastructure, and the tank system was not able to meet the city’s water needs,” she adds.

Dr Hitha explains how the infrastructure development during that period covered up several channels interconnecting these lakes to make way for roads. Those engineers parallelly tried to deepen the lakes as well and eventually started looking for external resources.

“The city first tried to transport water from Hebbal to Bengaluru Pete, which didn’t work and finally we resorted to drawing water from the Cauvery, and that is the core problem. We learned to source water from far away and neglected the water we can conserve within the city,” she explains.

As a result, the outskirts of Bengaluru depends on borewells and tanks set up by the local governing bodies, whereas central Bengaluru has a healthy water level.

When Will We Run Out Of Water? 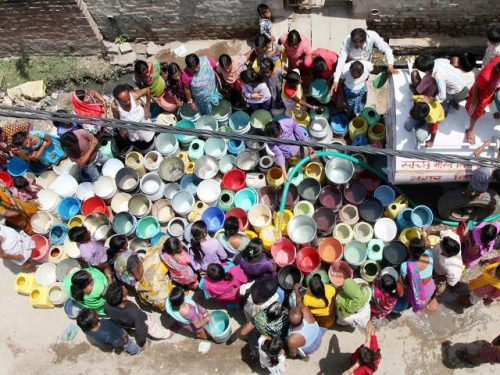 “The Bengaluru Water Supply and Sewerage Board (BWSSB) has been doing a relatively good job in comparison to a lot of water utilities across the country. But the problem arises because people are not aware of the impending issue. We haven’t run out of the water, and it’s 2020, but people need to be aware that the groundwater in the city is indeed becoming more scarce and have to start acting on it,” explains Dr Kshithij Urs.

“Up until 2007, the floor space index in the central parts of Bengaluru were strictly regulated, and the area has a healthy groundwater level. But even during this period, the growth that was happening in the margins of Bengaluru was not regulatory. Since then we have grown from 100 wards to 298 wards and the level of groundwater can easily be correlated to the development pattern of the city,” he explains.

Dr Kshithij also points out that the commodification of water over the years is directly related to the exploitation of several of our reservoirs.

“What we don’t realise is that we’re fortunate not to have experienced a shortage in the rainfall over the years. Because if the Cauvery misses a single monsoon, Bengaluru will run out of water within the next six months and that’s the reality,” Kshithij warns.

He cites the example of the Chittoor district in Andhra Pradesh which ran out of water and now depends on borewells and tanks.

“Chittoor has been able to survive because it has a tiny population. But Bengaluru has a population of 8 million people. This would not be possible here,” he explains.

What Is The Solution?

“As a city, we must learn to manage our groundwater better, to make sure there is more recharge. We must also control the exploitation of these reservoirs through stricter governance. Along with this, the administration must start anticipating the problems and create a plan for the city instead of managing them. These two things can make a huge difference to our water crisis,” says Dr Kshithij.

The principle of subsidiarity is also something that Dr Kshthij suggested as a solution to our water crisis.

“This can be implemented to ensure water level regulation at the lowest governance level. In our city’s case, each ward must take ownership, and a certain amount of space in each ward must be allocated for groundwater recharge,” he explains.

“And at an individual level, we must cut down on our consumption. Besides that, each household must adopt rooftop water harvesting in the city. We must start to seek external resources only as the final resort,” he concludes.