To honour this nation’s Independence Day, we bring you the fascinating stories of #ForgottenHeroes of #IndianIndependence that were lost among the pages of history.

“He who is not courageous enough to take risks will accomplish nothing in life.”- Aruna Asaf Ali

Seventy-two years after India finally got its hard-won independence, the courage and contributions of many little known freedom fighters have faded away from public memory. Largely overlooked by writers and historians, these men and women laid the foundation of India’s freedom from the British.

One such unsung firebrand is the woman who historians often call the ‘Grand Old lady of Indian Independence’. Here’s fascinating the story of Aruna Asaf Ali.

Born on July 16, 1909, in Kalka, Aruna was the daughter of Upendranath Ganguly, a restaurant owner who had migrated from Barisal in modern Bangladesh to the United Provinces (present-day Uttar Pradesh).

Both Upendranath and his wife, Ambalika Devi, were ardent followers of the Brahmo Samaj (a monotheistic reformist movement that appeared during the Bengal Renaissance) and were fairly liberal. As such, Aruna had a childhood typical of the daughter of an upper-class Bengali Brahmo family.

As a student, Aruna did her schooling in Lahore’s Sacred Heart Convent and completed her college education from All Saints’ College in Nainital. After her graduation, she joined work as a teacher at Calcutta’s Gokhale Memorial School.

It was here that Aruna first met the man she would fall in love with and go on to marry, a progressive barrister named Asaf Ali.

In 1928, 19-year-old Aruna married him in Allahabad despite parental opposition on grounds of religion and age (he was a Muslim and her senior by 23 years).

In one of her numerous biographies, Aruna would later write, “My father was no more when Asaf and I married in September 1928. My paternal uncle Nagendranath Ganguly, a university professor who regarded himself as my guardian, said to relatives and friends that as far as he was concerned I was dead and he had performed my shraddh.”

As Asaf Ali was a prominent member of the Indian National Congress (INC), this marriage brought his fiery young bride in touch with the political elite of the day. In fact, their wedding was attended by prominent nationalist leaders like Mahatma Gandhi, Jawahar Lal Nehru, Sarojini Naidu, C. Rajgopalachari and Maulana Azad.

Interestingly, Asaf Ali was the lawyer who defended Batukeshwar Dutt and Bhagat Singh in the Lahore Conspiracy Case (Bhagat Singh also fought his own case with the help of a legal adviser).

Unsurprisingly, Aruna was soon at the forefront of the freedom struggle. Two years after her marriage, she went to jail during the Salt Satyagraha. Threatened by her growing popularity, the colonial authorities refused to give bail to her and she remained in prison even after the Gandhi-Irwin Pact of 1931, when all political prisoners were released.

But this manoeuvre of the British Raj backfired badly, with every other women prisoner refusing release unless Aruna was freed. This was followed by a massive public outcry and personal intervention by Gandhi for her release. And so she was. 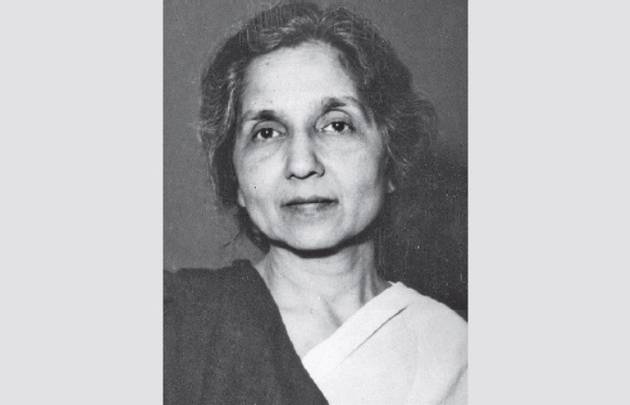 A year later, she was arrested again and imprisoned at the Tihar Jail, where she protested the indifferent treatment of political prisoners by launching a hunger strike.

Stung by the protests, the British moved Aruna to Ambala and subjected her to solitary confinement. But by then her relentless efforts had already borne fruits, resulting in an improvement of conditions in the Tihar Jail. She was released soon after.

In the years that followed, Aruna continued to contribute to the freedom struggle in countless ways. But it was only a decade later that she would achieve a milestone that would forever etch her name in the pages of history.

In 1942, the world was at war. On August 8, INC launched its full-blown ‘Quit India’ movement at the Bombay session. In a bid to pre-empt the success of the movement, the British responded to the declaration by arresting all its major leaders, including Gandhi and Nehru. As such, there was no one left to push the movement.

Knowing that this leadership vacuum could end the movement before it had even started, 33-year-old Aruna swiftly stepped in to preside over the remainder of the session. Undeterred by the country-wide crackdown against nationalist leaders, on August 9, she defiantly unfurled the flag of Indian Independence at the Gowalia Tank Maidan in Bombay.

Then, with a motley crew of INC workers, Aruna went underground. As the news of the flag hoisting spread like wildfire, spontaneous protest and hartals erupted across the city despite the absence of direct leadership. 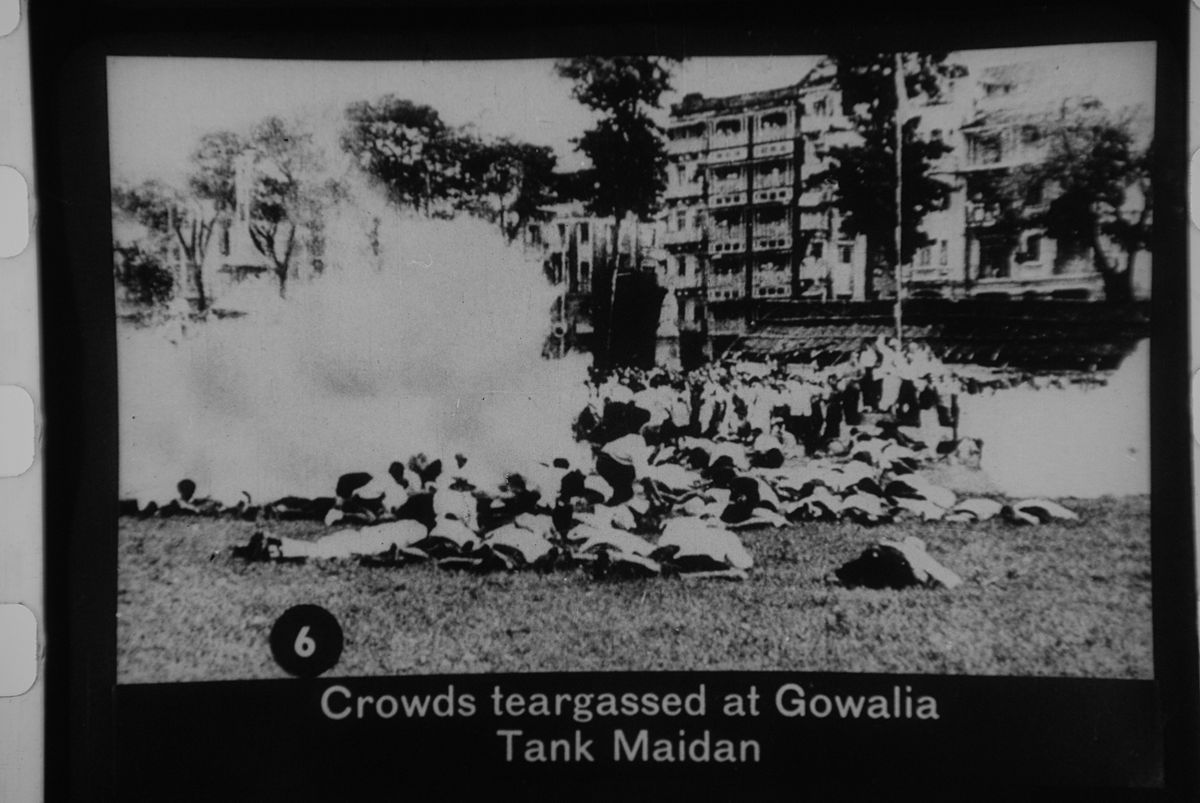 Overnight, Aruna’s courage and slogan were on everyone’s lips, with her flag hoisting becoming the most striking visual of the Quit India movement. Thereafter, the British government posted a reward for her capture but she was successful in eluding the police.

During her time in hiding, Aruna used underground radio, pamphlets and magazines (such as Inquilab) to continue the struggle. She also came into close contact with socialism and its prominent leaders such as Jayaprakash Narayan, Ram Manohar Lohia and Edatata Narayanan.

Aruna was still underground when Congress leaders came out of prison, disobeying even Gandhi’s request to surrender on account of her frailty and worsening health. In a rather affectionate, hand-written note (that was later duly framed and displayed in Aruna’s living room), the Mahatma wrote:

“I have been filled with admiration for your courage and heroism. You are reduced to a skeleton. Do come out and surrender yourself and win the prize offered for your arrest. Reserve the prize money for the Harijan [untouchables] cause.”

Soon after, she returned to active political life on Gandhi’s written behest in which he personally asked her to do so because ‘your mission has been fulfilled’. However, she soon moved from the Congress first to the resuscitated Socialist Party and later to the Communist Party of India.

After India finally won its hard-fought independence in 1947, she devoted her time to working for other social causes such as women empowerment and workers’ movements.

As a matter of fact,  between the 1950s and 1970s, Aruna, along with Kamaladevi Chattopadhyay, represented the lineage and linkage of the women’s rights movement with the freedom struggle.

In 1958, she became the first elected Mayor of Delhi and was responsible for major civic reforms. But she soon tired of petty politicking and resigned from the post, never to take up any government job or contest elections. Instead, she focussed her energies on newspaper-led movements that mobilised support for social reforms.

In 1964, she was awarded the International Lenin Peace Prize. She was awarded the Padma Vibhushan in 1992 and the Bharat Ratna in 1997, a year after her death — the legend had passed away peacefully on July 29, 1996, at the age of 87. Till the end of her illustrious life, she had lived in a one-bedroomed apartment on the road bearing her husband’s name (Asaf Ali Marg).

A woman who has inspired countless others, Aruna Asaf Ali’s frail beauty and charming exterior belied the incredible inner strength with which she defied British rule and the revolutionary zeal with which she worked for the improvement of the lot of women, the poor and the depressed. Little wonder she holds an irreplaceable position among independent India’s pioneering powerhouses on whose elegant shoulders we now stand.

Also Read: A Freedom Fighter With a Feminist Soul, This Woman’s Contributions to Modern India Are Staggering!