Ahmedabad-based Zydus Cadila aims to launch its indigenously-developed vaccine, ‘ZYCoV-D’ to fight COVID-19 next year. This ‘DNA Vaccine’ will create a strong immune response and protect a person from the viral membrane protein through which the novel coronavirus enters the body.

“The vaccine candidate has successfully completed its pre-clinical animal testing phase and was approved by the Drug Controller General of India, Review Committee on Genetic Manipulation (RCGM) and Central Drugs Laboratory (CDL) in Kasauli for phase 1 and 2 trials in humans,” Panjak R Patel, Chairman of Zydus Cadila, told ThePrint.

It has also been approved by the Mexico government to conduct trails for COVID-19 therapy.

As per reports, this pharmaceutical firm was the first to develop a local vaccine against the swine flu in 2010. It was also the first in India and second in the world to launch a tetravalent inactivated influenza vaccine. Meanwhile, other vaccines like Hepatitis A, Hepatitis E, Measles-Mumps-Rubella-Varicella (MMRV) and Human papillomavirus are in development stages.

Zydus was founded by Ramanbhai Patel, a former pharma teacher and his school friend, Indravadan A Modi with a capital investment of Rs 25,000 in a three-room rented apartment. The research-based quality medicines lab was christened as Cadila Laboratories in 1952 and later went on to become the multi-million company Zydus Cadila.

Today, it has a presence across the world with a registered turnover of over Rs 14,253 crores in the financial year 2020. 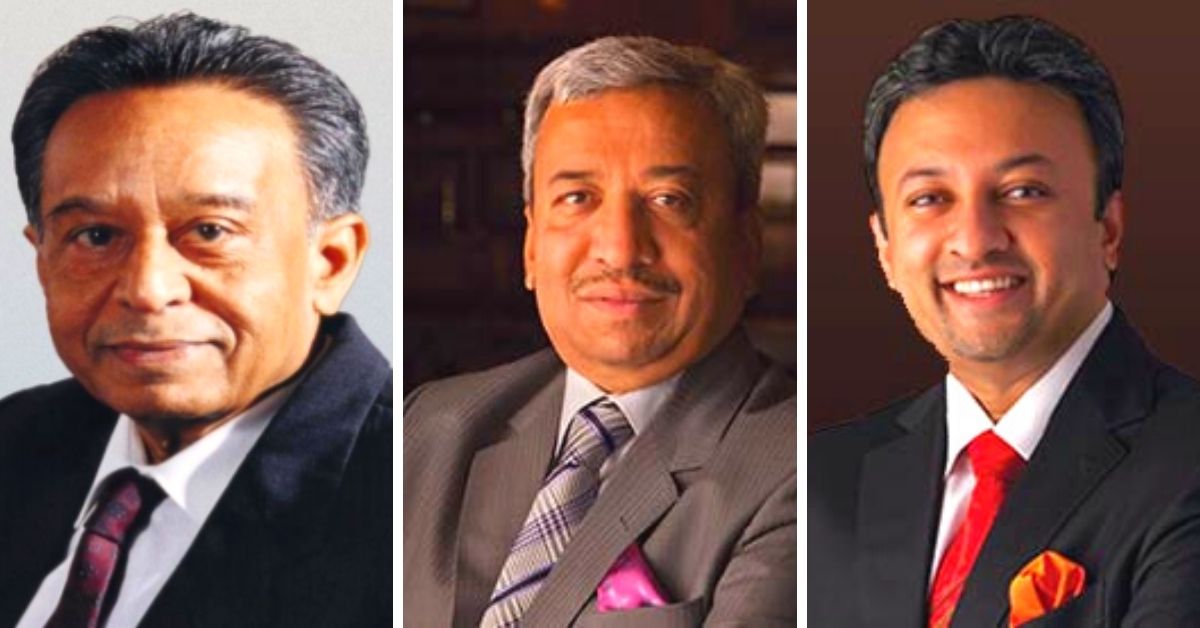 India had just attained independence, and pharmaceutical companies from abroad got a passage to the market. Meanwhile, local drug companies leveraged this phenomenon and began purchasing drugs in bulk. This resulted in massive revenue growth from Rs 10 crore in 1947 to Rs 35 crore five years later.

However, the government soon realised the nature of growth and felt that a more holistic approach was needed. It was time for local companies to develop their drugs rather than merely marketing foreign ones.

One of them was Zydus.

It worked towards developing new policies and relaxation norms to encourage local organisations.

A chemistry lecturer, Ramanbhai saw massive potential in the pharma sector and established his set-up to meet the demands for affordable vitamins to treat anaemia. Alongside, he continued to teach to meet the financial needs of the family.

In 1953, their first product, Prednisolone was priced at merely Re 1, almost seven times cheaper than their competitors in the market. The price shocked many who believed that the drug was not original.

Modi recalls to Financial Express how a doctor asked him if they were selling chalk. In response, he assured him that he was a qualified pharmacist who would never sell fake medicines.

In the same year, Ramanbhai’s son, Pankaj, was born, and would go on to follow his father’s footsteps and join the company in 1976. His grandson, Sharvil, is presently the Managing Director.

In 1994, Modi and Ramanbhai decided to go their separate ways and split the company. However, they agreed on sharing the Cadila name (Cadila Healthcare and Cadila Pharmaceuticals).

That’s when Ramanbhai’s company was restructured and formed into Cadila Healthcare under the aegis of the Zydus, a name derived from the Greek god, Zeus.

According to a Forbes report, the split took a financial toll on Ramanbhai, as veterans and experienced employees chose to work with him. Things worsened when the bank refused to support him as he wasn’t a prominent face back then.

Another dilemma was bridging the gap between the net value of the company (Rs 200 crore) and the overheads (Rs 400 crore).

“It was not a crisis, it was an opportunity. We had a Rs 400-crore strength. We employed that strength, and resolved to take our turnover to Rs 1,000 crore by the year 2000,” Pankaj told Chitralekha.

People around the Patels advised them to slow down, while others said that the company was a sinking ship. So, they decided to swim against the tide and raised $2 million (USD) by selling family assets except for their house.

Things gradually improved, and in 1997, a bank passed the loan, stating it was their first branch-backed pharma collateral.

“Pankaj is a low-key person with a lot of entrepreneurial fire in him. He was willing to hock the family silver to realize his dream,” K V Kamath, ICICI’s chairman had told Forbes.

The father-son duo adopted the Strategic Business Unit (SBU) concept that gave more autonomy and independence to the company’s divisions. Back then, SBU was rarely implemented by corporate houses. Various departments of the company were divided and each unit was run by a senior executive.

In other words, the departments functioned as separate entities with the power to make decisions on marketing etc while still being a part of the larger business.

The company profited from the decentralisation of power and the dream of Rs 1,000 crore revenue was fulfilled in 2000.

That was the beginning of their entry into the pharma sector. What followed was an array of deals, partnerships and acquisitions. From buying German Remedies (a drugmaker) to making six overseas acquisitions, there was no stopping this giant.

The year 2013 was significant as the company announced the launch of India’s first New Chemical Entity Lipaglyn. It helps in controlling cholesterol and glucose levels, the first-of-its-kind drug to treat hypertriglyceridemia and diabetic dyslipidemia.

This year, the DCGI approved the drug.

Presently, Zydus pharma is working with the World Health Organization (WHO) to develop a cocktail of monoclonal antibodies (MABs) for the treatment of rabies.

Along with the expansion, the company focused on its manufacturing process, innovation, and quality control. Today, it has a dedicated research team of 400 experts who invent cutting-edge technologies and enable preclinical as well as clinical studies.

Further, the Zydus Group deals in 300 products in India, and 500 healthcare products and branded drugs in the international market, with a total employee strength of 15,000.

The company’s policy, limiting family members in the organisation, has also garnered appreciation. Top positions in the company are reserved for non-family persons. “There are other ways to help your relatives. But if the company is not run professionally, it will suffer eventually,” Pankaj told Chitralekha.

The Patel family’s consistent drive and undying passion for making drugs locally and selling them at affordable rates has earned them respect in the global pharma sector. Pankaj was named the ‘Best Pharma Man of the Year’ by the Foundation of Indian Industry and Economists in 2003. He has also been in the list of the most influential people in healthcare and pharmaceuticals.

Other recognitions include Overall India Pharma Excellence Award and the India Pharma Innovation of the Year Award from the Department of Pharmaceuticals, Government of India.

Meanwhile, Sharvil was conferred with ‘40-Under-40 Most Influential Asians’ Award by the Asian Business & Social Forum 2018 and the Young Business Leader ‘40-under-Forty’ Award by ET Now in 2017.

Though the family scaled huge heights and earned in millions, their roots and traditions are intact. For instance, talking shop at home is a strict no and all generations live together in one house even today.