William Shakespeare’s famous quote goes, “When sorrows come, they come not single spies but in battalions.” This old adage summarises the year 2020 in light of the successive miseries inflicted upon humankind.

But even amidst this gloom, there are inspiring stories.

One such is about three remote villages in the Namsai district of Arunachal Pradesh. It is populated by around 5,200 Chakma tribals.

Despite its distinct identity, this tribe has been a victim of partition. The Bengal Boundary Commission headed by Sir Cyril Radcliffe awarded their homeland, the Chittagong Hill Tracts, (CHT) to East Pakistan, which is now Bangladesh, in defiance of the Two-Nation Theory.

Religious persecution and construction of the Kaptai Dam, left them stateless and homeless. The Indian government took cognizance of this mistake and welcomed the 35,000 Chakma Buddhists under a Definite Plan of Relief and Rehabilitation. They were settled in the North Eastern Frontier Agency (NEFA), in present Arunachal Pradesh. Today, the Chakma tribals live in three districts–Papumpare, Changlang, and Namsai (previously under the Lohit district) of Arunachal Pradesh.

A majority of the Chakmas depend on agriculture and horticulture. They grow paddy, mustard seeds, buckwheat, seasonal vegetables; others sell these agricultural products and run small local shops. 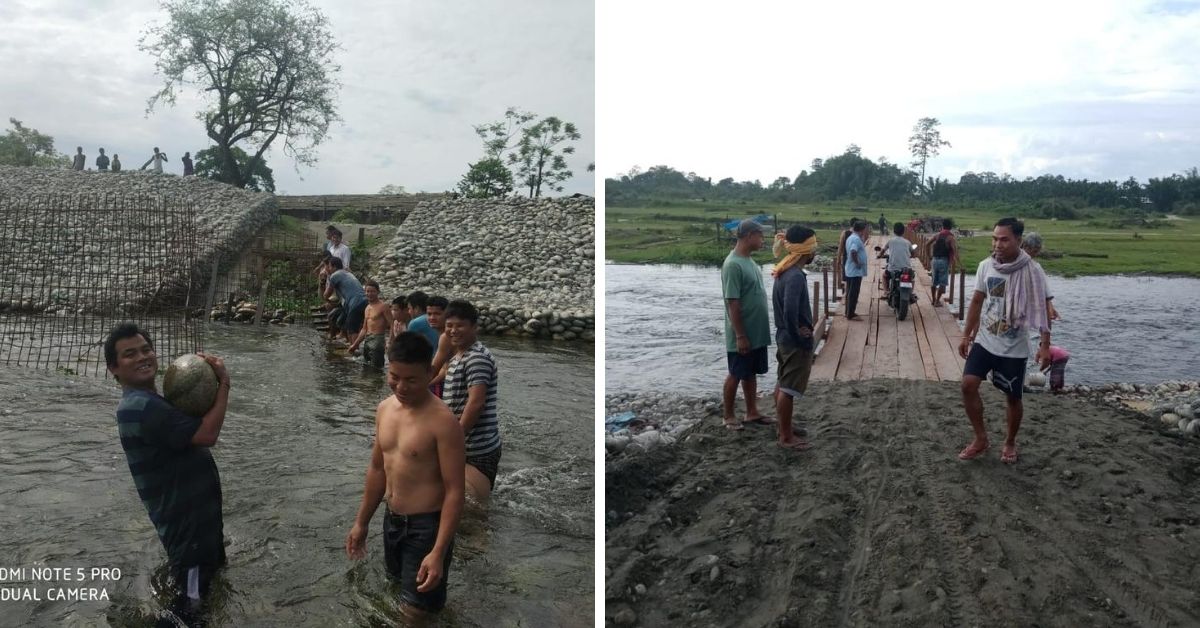 Unfortunately, even after five decades of historical blunder, the Chakmas are still deprived of citizenship and political rights such as voting, and excluded from Panchayati Raj, government employment. Further, distance from the mainland isolates these villages. Moreover, the Bereng River becomes a ‘River of Sorrow’ in the monsoon season, separating the three villages from the district.

Before 2004, there was a bridge over the river, connecting Gunanagar- the nearest township about seven kilometres from these Chakma villages. When the decades-old hanging bridge was washed away in 2004 due to floods, the villages fell into darkness. There were many accidents and countless losses.

Owing to this formidable impediment, myriads of tragic stories are under-reported every year–of patients’ health deteriorating due to unavailability of medicines, and consequently succumbing to the diseases because they could not be admitted to a hospital. Even in medical exigencies, patients are compelled to languish at their confined homes.

Further, students can’t attend their classes and finally drop out of schools. Hundreds of students are coerced into leaving their studies halfway every year, a stumbling block to the improvement of the poor literacy-rate among the community.

But the villagers have no choice but to cross the river because it is the only convenient and time-saving route to Gunanagar. And they depend on the township for essential commodities, healthcare, markets, higher educational institutions, public offices and connectivity to the rest of the country.

For a long time, they expected the government to build a bridge over the river to mitigate their sufferings, but their patience was tested for too long without yielding any results. Finally, in their desperation, they decided to undertake the construction of a bridge on their own dime.

They formed a Construction Committee for a detailed plan of action–from the procurement of raw materials to implementation. It was led by the Chakma Youth Welfare Association (CYWA). Its president Babulal Chakma says, “My heart is content after completing this bridge.” 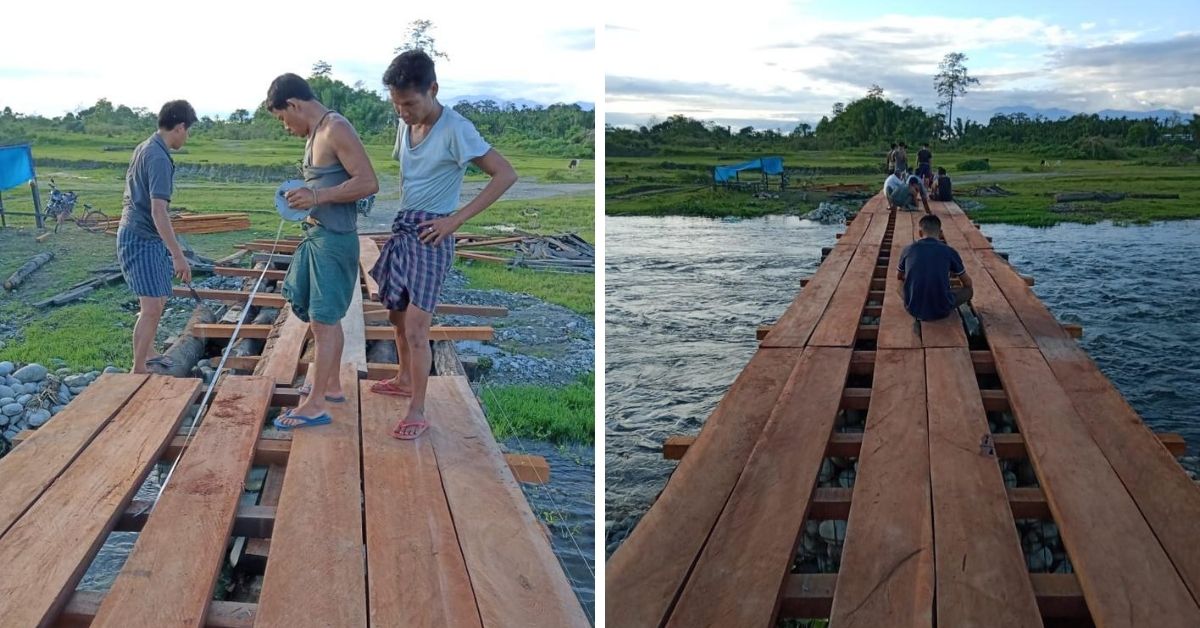 The Chakma community also received a donation of Rs 51,000 from the neighbouring Khampti brethren. Despite the religious differences between the two communities, they are the only two in the state that have written scripts of their language.

The Construction Committee started working relentlessly in early March 2020, but restrictions due to the COVID-19 lockdown slowed the process. With reduced workers and social distancing measures, a 154-ft-long wooden bridge was constructed by the end of May.

Their total expenditure stood at Rs 4.85 lakh. The villagers contributed as per their financial capacities and succeeded in regaining their lifeline without any support from the government.

History is proof that physical boundaries like rivers and mountains have been used for demarcation of an area. This can impact people’s feelings and emotions with neither side trusting the other. Overcoming the physical barriers by building a bridge enables free movement that eventually strengthens the bonds among the communities living in the same geographical area.

(Written by Sonjit Chakma and Edited by Shruti Singhal)